Apple One free with every iPhone? A services strategy to destroy Android

The new iPhone has to become a perceived perk of Apple One and Apple Card membership, not the other way around.
Written by Jason Perlow, Senior Technology Editor on Sept. 16, 2020 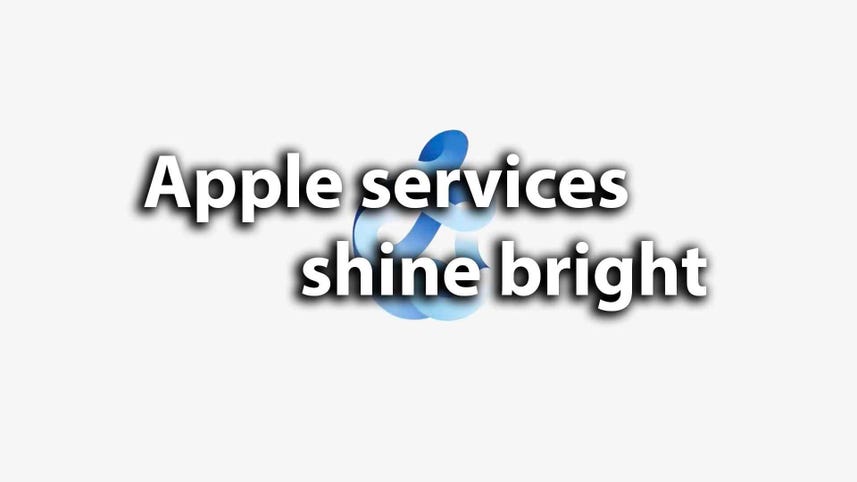 This week, on September 15, at Apple's "Time Flies" event, the company announced its yearly refresh of the Apple Watch, as well as updates to the iPad Air and the base level iPad.

The iPhone 12 series of mobile devices did not make an appearance at this event. Instead, they will have their own product launch, presumably in October, where additional hardware products may also appear, such as a long-awaited Apple TV, as well as the delayed AirTags.

However, the most exciting, and perhaps most critical product release for Apple for the coming year is not even a product in the traditional sense  -- it's a service, or rather, a bundle of services. And we now know what it is called -- Apple One.

Speculation of the composition and pricing of Apple's services bundle has been brewing for as long as a year. We've even devoted some space to it here on ZDNet.

If you were to buy all these services a la carte, you would likely spend between $25 and $40 per month for just the services alone -- not counting piecemeal content purchases for books and videos that could easily add up to another $50 to $100, depending on your consumption habits. This, of course, also does not include other subscription services you likely use, such as Netflix, Hulu, Disney, and our own CBS All Access platform if you like Star Trek. (ZDNet is a ViacomCBS company.)

Apple has recently offered Apple TV Plus subscribers. a reduced cost bundle of both CBS and Showtime for  just $9.99 per month.

Which services will be included, and how much is Apple One going to cost? We now know the answer; there are three monthly subscription tiers with different services in them. A Personal ($14.95), Family ($19.95) , and Premier, at $29.95.

For many of Apple's users, like myself, that pricing is very attractive.

Services is one of the few markets in which Apple can potentially expand and acquire new customers, particularly during a pandemic where attendance at public entertainment venues such as movie theaters is suffering. Device sales of Apple's traditional products such as iPhone and iPad have flattened. There's a replacement cycle, but new customer acquisition has been difficult. So it will be critical to the launch of Apple One not only that new customers are acquired by making the pricing highly attractive but that these customers are retained -- permanently.

The current Apple One subscription tier pricing is nearly a no-brainer for existing Apple customers, such as myself, to switch their existing piecemeal services billing over to this model. But that won't necessarily steal customers away from other platforms, especially Android and Google Services. Or Amazon Prime.

To make Apple One an unqualified success, and to completely disrupt its competitors, the company needs to do something drastic. It needs to give the service away for free.

Now, I am not suggesting Apple lose money on its services because it costs the company a lot of money to run them. What I am suggesting is that the company offers Apple One as an incentive to buy new Apple devices and to retain customers in their ecosystem, indefinitely.

What if Apple offered Apple One for free, for a year, to any customer that signs up with Apple Card and buys a qualifying new iPhone? I would also include any existing Apple Card customers that spend a minimum amount of money per year (say, $3,000), and also pay for the Apple Upgrade Program with their Apple Card.

That would more than make up for any potential service revenue losses by giving a base level of service away for free. Then the company can up-charge for premiums, such as direct to iTunes first-run movies, etc.

The key to making Apple One successful is to ensure that customers never want to leave, or that the benefits of the bundled service justify switching away from Android to use an iPhone instead. That's essentially the premise of existing reward systems like Amazon Prime -- the benefits are so substantial that every perk ads up to significant value, so continued membership is ensured, as is continued purchases on Amazon.

And like Amazon with Prime, Apple is going to need to introduce more services to sweeten the incentives continually. What kinds of services? The Premier version includes News+ and Fitness+ (which was also announced today) but they could roll these out to other tier levels in the future as newer services are announced or enhances. For example, it could add an "Unlimited" version of Books, to compete with Amazon's Kindle Unlimited. There may be iTunes video content they might be able to roll into Apple TV+. The more the company brings to the table with services, and the more the value of the services is demonstrated, the more it makes sense to continue upgrading the iPhone every year.

Right now, upgrading my iPhone using the Upgrade Program every single year feels like an obligation, a burden, or a chore. It's a recurring monthly payment that never ends. If I weren't covering the platform professionally with my writing on ZDNet, I would not be getting enough new benefits to justify that premium, especially now when times are tight. But if the value of the services and ecosystem overwhelmingly justified that new device, then it would be a non-issue. The new iPhone has to become a perceived perk of Apple One and Apple Card membership, not the other way around.

What would it take to get you as an Apple Customer to move to Apple One? And as an Android and Google services customer, what would it take, in terms of perceived value, to switch to Apple's platform? Talk Back and Let Me Know.