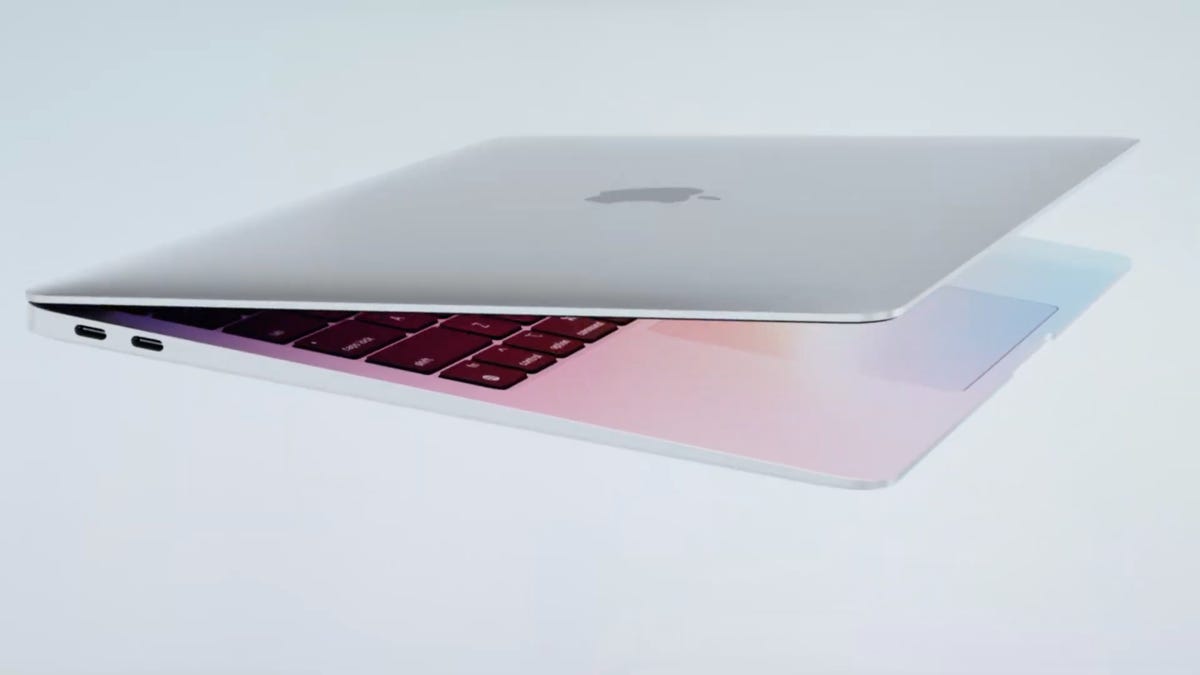 I want to buy the future.

If I can own what is to come, then I'll be ready to take advantage of it when it finally gets here.

I was deeply riveted, therefore, when Apple declared at its latest event last Tuesday that it had released "the future of the Mac." Even more riveted as the first pillar of that future is a new MacBook Air.

I've been an Airhead since the first one emerged from the womb of an envelope.

The MacBook Air was always light, neat and perfectly minimalist. I stuck with it even when Apple released a keyboard designed by the Marquis de Sade on one of his more inebriated workdays.

How could I not be excited, then, when Apple promised a new, faster Air -- and one without a fan?

I watched and listened as my colleagues Jason Cipriani and Jason Perlow dissect the Air's entrails. I understand why the new chip might excite many a nerd and developer.

Yet the Air has been the mainstay for a lot of real humans, too. They have appreciated it for its more emotional aspects.

Which is why I looked at the new, futuristic Air and thought: "Wait a minute, that looks exactly like the Air I have now."

I went to Apple's site in case I'd missed something. Perhaps my eyes had been playing with my mind. (It wouldn't be the first time.)

Yet here were the words "new" and "future" and the same basic design and color choices on what looks like the same old Air.

Apple insists this is a "Small chip, Giant leap," yet I was stuck to my seat, sad that this was no leaping year.

How will strangers even know that your new Air is an M1, rather than just an old Intel jalopy? How will the style-conscious be able to casually open it on a plane and make their fellow passengers sneer with envy?

Please don't get any more mad at me than you have to, but Apple has always been known for its aesthetics.

Could it be that the company didn't get around to creating anything new for its future of the Mac and simply put a startling new chip in an old machine? (Hey, three function keys have changed. Huzzah.)

I want to believe in new. I want to be uplifted by desiring it, never mind owning it. Could Apple really not have created a new, semi-astonishing physical aesthetic to go along with its "astonishing" chippy breakthrough?

Could it not have spent a little time showing that this new future really looks like a new future, rather than hiding that new future beneath the hood of a sometimes torrid past?

Somehow, physical design has become a secondary pleasure for Apple. The new iPhones 12, while pretty enough, are a homage to the iPhone 5 rather than a radical new expression of a beautiful new tomorrow.

At least they look different from iPhone 11. They don't, however, elicit a great frisson of future.

It may be that Apple's designers don't have any more radical ideas. It may be that we're in an iterative phase of hardware design, rather than a pulsating one.

But if you're selling me new and the future, I'd like to see it and feel it as well as be told it.

With the new Air, I feel too much hot air and I've had enough of that for one year.

Well, for longer than that, actually.