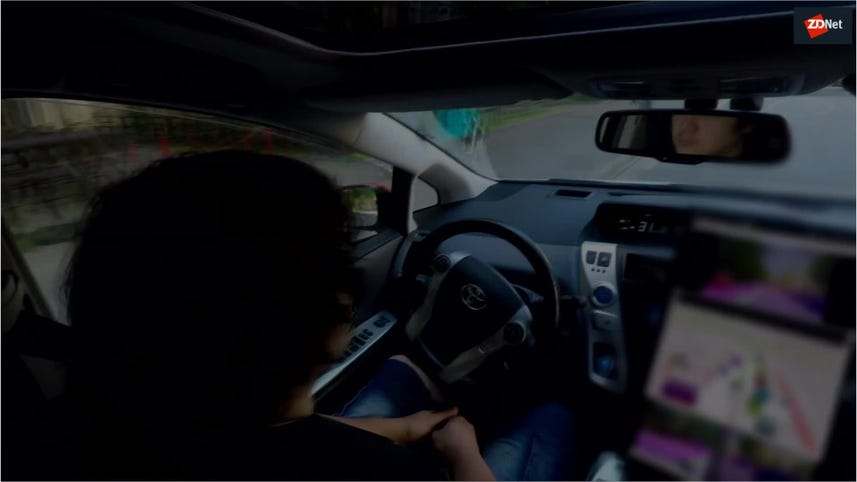 One of Apple's growing fleet of Lexus SUVs used in testing for its autonomous vehicle project has been rear-ended at low speed by a Nissan Leaf, the company has revealed.

In a report to the California Department of Motor Vehicles, Apple disclosed that a crash had occurred on August 24 as its vehicle was preparing to merge onto the Lawrence Expressway in the Bay Area.

The crash is the first reported incident involving an Apple vehicle since Apple began testing last April, starting with three sensor-laden Lexus RX450hs, which expanded to 27 in January, 45 by March, and reportedly increased again to 55 in May.

According to Apple, its test vehicle was moving at less than one mile per hour in autonomous mode and was waiting for a safe opening to merge on to the highway when it was struck from the rear by a Nissan Leaf that was traveling at 15mph.

Apple reported no injuries, but both vehicles were damaged.

Following speculation about Apple's intent under Project Titan to build its own autonomous vehicle, Apple CEO Tim Cook in June 2017 said the company was developing "autonomous systems", which it saw as the "mother of all AI projects".

Apple appears to be building a system that it could one day sell to automakers, rather than use in its own car.

According to California DMV figures, Apple's crash was the 95th autonomous vehicle collision report it's received in 2018. In 2017 it received 30 incident reports.

The DMV in April expanded its driverless testing rules for the state to allow testing without a driver. Previously the vehicles required an approved driver.

The intellectual property may have ended up in the hands of a Chinese rival.

How the Apple Car turned into an Apple Shuttle Bus

Apple's ambitions for the "next big thing" to be the disruption of automobile industry have been scaled back dramatically.

Apple has never publicly confirmed Project Titan. However, a new letter from Apple to US regulators calls for fairness to new players in the self-driving car industry.

Autonomous truck projects from Waymo and Tesla are poised to pick up speed now that Uber is out of the race, but worries remain over how the technology will impact jobs.

Apple's patent hints at a self-driving car that will tell you every move it's going to make.