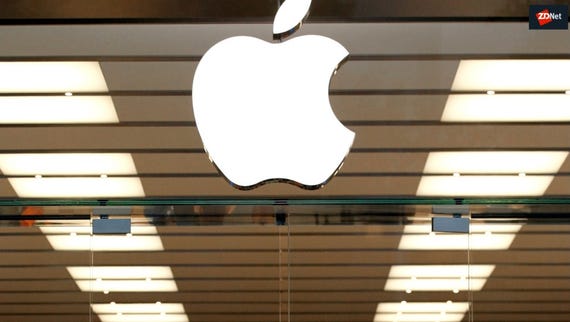 A former Apple employee has been accused of stealing the company's trade secrets in relation to self-driving cars.

According to court documents, Xiaolang Zhang was hired by Apple in 2015 to work as a hardware engineer as part of the iPad and iPhone maker's autonomous vehicle development team.

Zhang's duties also included the development of software suitable for self-driving cars, which has become a heavily researched and competitive area within the past few years.

Apple, Google, Tesla, and countless automakers are all vying to be the first to develop an autonomous vehicle suitable for widespread use.

Apple has remained tight-lipped about its own research efforts, but due to his role, the engineer had broad access to "secure and confidential internal databases containing trade secrets and intellectual property for the project," according to the court filing.

The engineer took paternity leave and traveled to China with his family. Upon arrival back in the US, Zhang met with his supervisor in April this year to hand in his resignation.

Zhang intended to relocate to China to be closer to his mother, who is reportedly in poor health. However, the engineer also disclosed plans to work for XMotors, a Chinese start-up in the self-driving car arena.

The supervisor became suspicious and raised the alarm. Zhang's Apple devices were confiscated and an investigation begun which analyzed the engineer's network activities and physical movements on campus.

Investigators discovered that in the days prior to turning in his resignation, Zhang's network activity had "increased exponentially" in comparison to his last two years of employment.

"The majority of his activity consisted of both bulk searches and targeted downloading copious pages of information from the various confidential database applications," the court documents read. "The information contained within the downloading contained trade secret intellectual property, based on the level of Zhang's access within Apple's autonomous vehicle team."

Zhang was also captured on CCTV removing Apple hardware, including a circuit board and server, from Apple's autonomous vehicle labs.

The engineer was pulled back for interviews with Apple, in which he admitted to transferring the data to his wife's PC through air drops. Approximately 40GB of information was taken, of which Zhang said he took due to his own interest in the program.

According to Apple, roughly 60 percent of the information was "highly problematic." One of the documents taken by Zhang is a 25-page .PDF containing electrical schematics of circuit boards which Apple says forms the "proprietary infrastructure" for the entire project.

"This single file serves as the basis for the instant criminal charge," the document reads.

The FBI arrested Zhang at San Jose airport, California, on 7 July, on suspicion of the theft of trade secrets.

XMotors told the BBC that the company did not receive any "sensitive information" from the engineer.

"We're working with authorities on this matter and will do everything possible to make sure this individual and any other individuals involved are held accountable for their actions," Apple said in a statement.