Apple shipped 600,000 HomePods in Q1: But it's still dwarfed by Amazon, Google

Competition is heating up though, with Amazon's share falling from 82 percent a year ago to 43 percent.
Written by Liam Tung, Contributing Writer on May 18, 2018 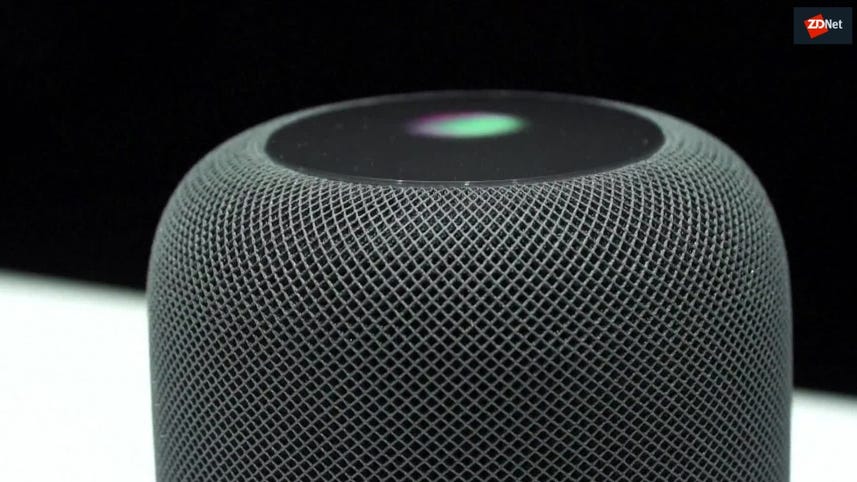 Apple shipped around 600,000 HomePod speakers in the first quarter of 2018, according to a new estimate of the smart-speaker market by Strategy Analytics.

Apple, a latecomer to the field, is now the fourth-largest vendor by shipments, behind Amazon, Google and Alibaba.

Despite quickly rising to fourth spot, Apple is still a long way behind Amazon and Google, which together account for 70 percent of the smart-speaker market.

Leader Amazon doubled year-on-year shipments to four million smart speakers and took a 43.6 percent share of the 9.2 million units shipped this quarter by all vendors, according to Strategy Analytics.

Alibaba and Xiaomi sold 700,000 and 200,000, respectively, while a collection of unnamed vendors shipped 1.3 million, amounting to 13.9 percent of units. Notably, this group's shipments grew 806 percent and, with Apple, is helping dilute Amazon's and Google's dominance.

The research company notes that the combined Amazon and Google share of smart-speaker shipments has fallen from 82 percent last quarter and 94 percent a year ago.

Apple launched HomePod sales in February, so its figure only covers two months. However, the device reportedly isn't the hit Apple hoped for. Apple Store workers recently told Bloomberg that HomePod inventory is piling up.

Slice Intelligence reported at the time that Apple at launch sold nine times as many units as the Sonos One, 11 times more than the Google Home Max, but 19 percent below Amazon Echo Show's launch weekend.

Despite an initial pre-order driven burst, HomePod sales have quickly slowed, according to Slice's data, which indicates the HomePod accounted for just 0.4 percent of all sales. Amazon's $49 Echo Dot has a 43 percent share.

While rivals have multiple speakers at different price points, Apple only has one at a hefty $349.

Added to this, it's only available in the US, UK, and Australia, and the speaker launched without multi-room support, which Apple plans to enable later this year via a software update.

But Apple may need to do much more work on Siri before the HomePod can come close to speakers powered by Alexa and Google Assistant.

Apple HomePod review: Leaves a stain but not a strong impression

Apple's first foray into smart speaker market has the sound and looks, but does it have the smarts?

While HomePod is designed to work best with Apple Music, it just might make an excellent Apple TV speaker. We explore that possibility (and the quest for simplifying our home electronics stack) in this article.

Amazon Echo Show review: A smart speaker that shows up the competition

Amazon added a screen and a camera to the Echo -- and it's awesome.