Apple should repay up to €13bn in taxes to Ireland, the European Commission (EC) has ruled.

The EC declared tax arrangements between Apple and Ireland had allowed the company to pay "substantially less tax" than other companies, and were illegal under state aid rules.

The tax deal allowed Apple to pay billions of euros less than would otherwise have been the case, at one point paying a tax rate of just 0.005 percent. 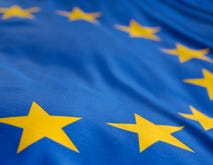 The announcement follows a two-year investigation by the EC, which found that two tax rulings that Ireland issued to Apple substantially and artificially lowered the tax the company paid in the country since 1991.

The deal saw Apple -- which is expected to announce a new iPhone in just a few days -- attribute all profits from two of its incorporated companies to a 'head office' in Ireland, which had no employees and "could not have generated such profits", according to the EC.

The Commission argues that the taxable profits of two Irish incorporated companies of the Apple group, Apple Sales International and Apple Operations Europe, didn't correspond to "economic reality", as almost all sales profits from these companies were attributed to a head office that "existed only on paper". As a result, Apple only paid an effective corporate tax rate that declined from one percent in 2003 to 0.005 percent in 2014 on the profits of Apple Sales International.

"Apple Sales International as a whole paid very little tax on its profits. In 2011, Apple Sales International made a profit of €16bn; less than €50m were allocated to the Irish branch. The rest was allocated to the so-called head office where they remained untaxed. This meant that Apple's effective tax rate in 2011 was 0.05 percent," said commissioner Margrethe Vestager, speaking at a press conference.

"Apple's tax benefits in Ireland are illegal. Two tax rulings granted by Ireland have artificially reduced Apple's tax burden for over two decades in breach of EU state aid rules. Apple now has to repay the benefits worth up to €13bn, plus interest," said Vestager.

Nonetheless, Apple maintains it has done nothing wrong and says the decision could have a negative impact on jobs.

"The European Commission has launched an effort to rewrite Apple's history in Europe, ignore Ireland's tax laws, and upend the international tax system in the process," the company said in a statement.

"The Commission's case is not about how much Apple pays in taxes, it's about which government collects the money. It will have a profound and harmful effect on investment and job creation in Europe."

Apple says it "follows the law and pays all of the taxes we owe wherever we operate" and added it will appeal against the decision, stating it is "confident" the ruling will be overturned.

The Irish government has also criticised the ruling by the European Commission and also says it will mount an appeal.

"The decision leaves me with no choice but to seek cabinet approval to appeal. This is necessary to defend the integrity of our tax system; to provide tax certainty to business; and to challenge the encroachment of EU state aid rules into the sovereign member state competence of taxation," said Irish finance minister, Michael Noonan.

The Commission is only able to demand repayments for a ten-year period preceding its first request for information on the tax rulings. Given that dates back to 2013, Ireland told to recover unpaid tax from 2003, which could amount to up to €13bn, plus interest.

"Member states cannot give tax benefits to selected companies -- this is illegal under EU state aid rules," said commissioner Vestager, who also noted that the Commission is also examining the tax affairs of Amazon. Google has also previously been accused of going to "extraordinary lengths" to avoid paying UK taxes.

Join Discussion for: Apple should repay up to €13bn in 'illegal...