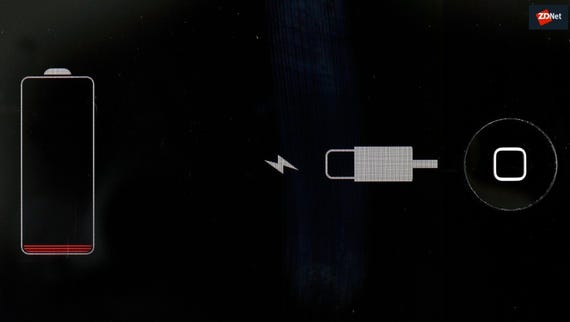 Apple is facing a 12.7 billion won ($US11.9 million) class action lawsuit from batterygate in South Korea.

It is the biggest in terms of plaintiffs for a single lawsuit in South Korea.

Hanuri is demanding 200,000 won, or US$188, per plaintiff for duping consumers and causing mental distress.

Also: Batterygate: Apple betrayed its customers and now it faces a world of hurt

Initially, 400,000 requested to take part in the lawsuit but the number dwindled following authentications.

In January and earlier this month, a local consumer protection NGO filed lawsuits with 122 and 401 plaintiffs, respectively. They demanded around US$2000 per person in damages.

Apple has reportedly been slapped with at least 59 separate lawsuit since December for batterygate.

Batterygate: The environmental cost of the smartphone explosion

To be better citizens of our planet, we need to reconsider the current disposable smartphone designs.

If you live close to an Apple store, then things are easier. Oh, and don't think that having AppleCare+ coverage gets you much in this scenario.

Wireless charging will wear out the battery faster than cable charging

Join Discussion for: ​Apple slapped with $12 million lawsuit for...