The global wearables market grew by 1.2 percent for Q1 2018, lower than the 18 percent year-on-year growth registered a year ago, as consumers opt for smarter wearable devices.
Written by Jonathan Chadwick, Sub-Editor on June 4, 2018

Wearable device shipments grew by 1.2 percent during the first quarter of 2018 to number 25.1 million units, according to research firm IDC, marking a decrease from the 18 percent year-on-year growth a year ago.

According to the firm's Worldwide Quarterly Wearable Device Tracker report, growth slowed due to a 9.2 percent decline in shipments of basic wearables, which IDC has defined as those that don't run third-party apps. Higher-priced smart wearables, meanwhile, from vendors such as Apple and Fitbit, grew 28.4 percent.

"Additional sensors, years of underlying data, and improved algorithms are allowing pillars of the industry like Fitbit and Apple to help identify diseases and other health irregularities," said Jitesh Ubrani, senior research analyst for IDC Mobile Device Trackers. "Meanwhile, roughly one third of all wearables included cellular connectivity this quarter, which has allowed new use cases to emerge."

Apple -- whose growth outpaced the entire market, IDC said, partly due to its cellular-connected watch entering additional markets -- increased its market share from 14.3 percent in Q1 2017 to 16.1 percent in Q1 2018.

Huawei, meanwhile, more than doubled its market share growth, from 2.1 percent in Q1 2017 to 5.2 percent in Q1 2018, helped by a wide portfolio of smart watches, kids' watches, fitness trackers, and ear-worn devices. Garmin, whose market share rose from 4.6 percent to 5 percent over the year, was helped by its music and payment features and the Connect IQ platform.

Outside of watches and wristbands, smart clothing grew by 58.6 percent year over year, in particular step-counting shoes. Hearables with features such as coaching, audio modification, and language translation, as well as wrist-worn devices for kids and personal safety, will be differentiators for vendors going forward, IDC suggested.

"Users can expect a wider array of devices going forward," said Ramon Llamas, research manager for IDC's wearables team. "These won't necessarily replace the wearables we have today, but other products that we use on a regular basis." 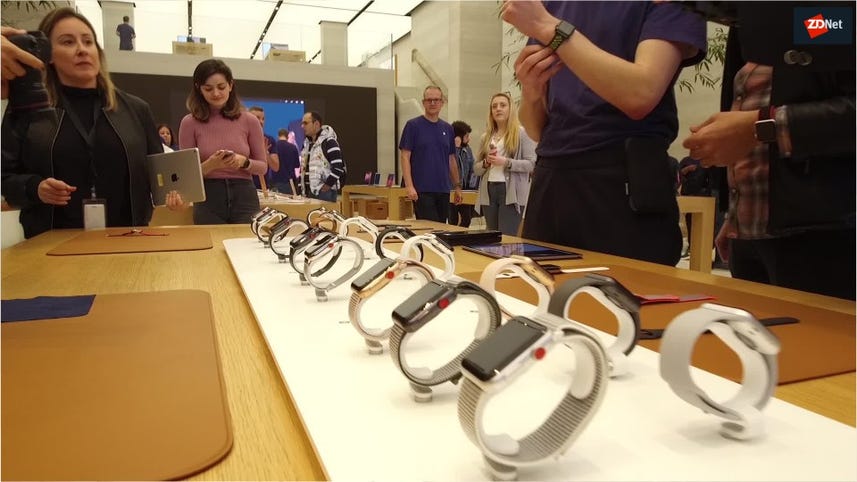 Fitbit ships more than a million Versas since launch, fastest selling Fitbit ever

Fitbit announced it has now sold more than a million of its $200 Versa smartwatch since launch. Recent updates, including dedicated women's health tracking, have also been popular with customers.

It's been a while, but the smart jacket for everyday commuters is finally here, and it's expensive.

Wearables
The 5 best security cameras of 2022