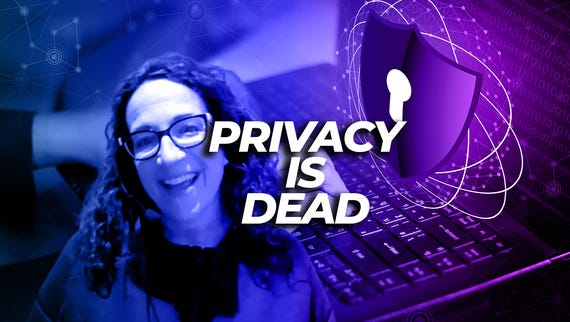 Tim Cook closed out the Apple services event this week by noting that the customer is always at the center of everything the company does. That's not a unique perspective; it's one we've heard many times from Jeff Bezos, for example, and Amazon's consistently high customer service scores would seem to support it.

But what it means to put the customer first is shifting in the digital age. Apple customers have traditionally valued the company for its legendary attention to design and detail in its products, how it provides technical or customer support, or perhaps even its retail experience. The new connotation of customer-centricity, though, has little to do with Apple's traditional competitors like Dell, Samsung, and Microsoft, and a lot more to do with companies that drive their revenue from digital advertising and targeting, particularly Google and, infamously of late, Facebook.

Both Google and Facebook can amass an amazing amount of information about their users. An older company than Facebook, Google has focused more on big nets: its search engine that started it all, Its home turf of Android; the Chrome browser when you're not on Android; Maps for wherever you may be in the real world; Google Assistant for when you're not in front of a screen; and even Gboard, which can track everything you type. Gmail was once such a net, but Google apparently has so many other ways of learning about us now that it no longer needs emails for targeting. Facebook can pick up some of this with its mobile apps and path-tracking around the web, but it collects most of its unique data via its suite of sharing apps. It knows a lot about its users' interests based on what they explicitly share to friends, family, and the world.

Apple may not have as many users as Android or even Facebook, but it has a very strong presence among the planet's most valuable customers; this is why Google not only ensures that virtually all of its apps are available on iOS but is willing to pay a huge sum to Apple to remain the default search provider on iOS. But the company that could know the most about iOS users is, of course, Apple. It could track virtually all of the things Google does on Android if it wanted. Alec Baldwin's character in Glengarry Glen Ross could describe Apple's potential data troves to digital marketers the way he describes the Glengarry leads to the movie's salespeople: "To you, they're gold. And you don't get them."

Whether it be talks by Tim Cook, banners at CES, or points at its product introductions, Apple has stepped up its rhetoric about protecting its users' privacy -- not by offering them granular controls or exposing ways to opt them out, but in many cases by simply not collecting the data in the first place. The size of Facebook and Google's businesses provide an idea of how much potential revenue that leaves on the table for the company, but it helps open a gateway for Apple to move into businesses that demand a high degree of trust such as financial services and healthcare.

Apple may not rack up as many premium music users as Spotify or premium TV service users as Netflix. But few companies are as well-positioned as Apple to understand its customers' tastes and preferences across such a wide swath of media, not to mention the other comprehensive data it could already mine, and to draw endless connections among those data points. Apple has shown just the peak of how it could use that data to enhance the user experience by, for example, using its location information to provide more data about in-person transactions made with Apple Pay. The data it could have access to with Apple Watch could even help it monitor what its user' emotional reactions to TV+ shows and movies.

Also: How to download your data stored by Apple  TechRepublic

Ultimately, it's not just that Apple is a major ecosystem company that has said no to the data mining revenue model. Rather, as it expands into ever more businesses, Apple's unique opportunity to collect what could be the most comprehensive data about its users should offer those users relief that it refuses to do so, at least for broader marketing purposes. Apple has just begun to truly incorporate that position into its direct customer messaging. As the dangers associated with the model continue to be revealed, though, Apple's approach will continue to grow as a leading competitive differentiator.

Join Discussion for: Apple versus the privacy spiral: The business...