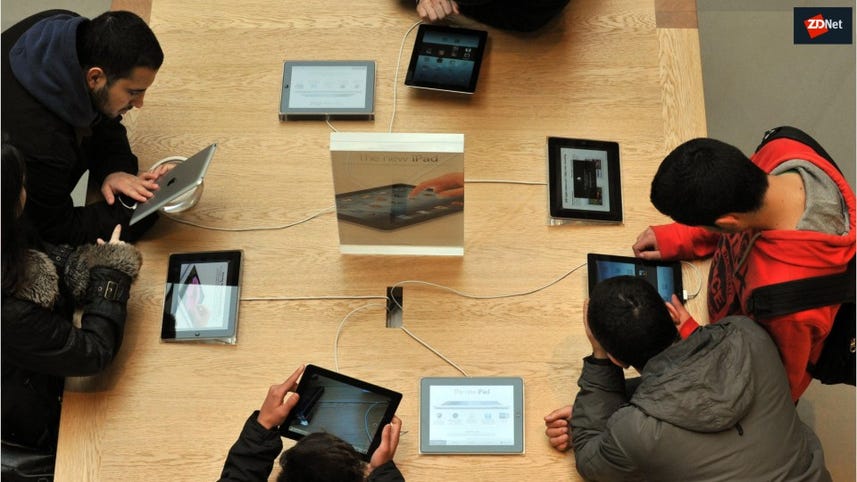 Video: Planning a trip to the Apple store? Don't buy these products

Apple's App Store shrank in 2017 for the first time in a decade, starting the year with 2.2 million iOS apps but ending it with 2.1 million, according to a report from analytics firm Appfigures.

Meanwhile Google Play headed in the opposite direction, growing 30 percent to over 3.6 million apps. Appfigures reckons App Store's decline is the result of Apple's tougher enforcement of review guidelines and its clean-out of apps that weren't updated to support 64-bit architecture.

Apple in 2016 told developers it planned to scour the App Store for apps that no longer function or meet the current review guidelines.

And, as TechCrunch notes, last year's big clean-out targeted clones and spam apps as well as template-based apps which, together with the 64-bit requirement, resulted in a significant number of removed apps.

The other driver of app store growth is the quantity of apps that are ported from one platform to the other. Again, there were twice as many apps ported from iOS to Android than the other way round.

According to Appfigures, there are now about 450,000 apps that are on both iOS and Android, representing about 8.5 percent of all apps.

Apple apps: Now you can pre-order iOS, tvOS, and macOS apps from the App Store
App buyers can pre-order an app and have it download automatically as soon as it becomes available.

Malware masquerading as flashlight apps uncovered in Google Play Store
Millions of people may have already downloaded the malicious apps.

Apple, give everyone multi-user accounts on iOS, now (CNET)
Commentary: Multi-user support on the iPad is essential for the classroom, but it's well past time Apple brought it to the masses.

Apple iOS 11: Cheat sheet(TechRepublic)
iOS 11 brought a lot of changes to the iPhone and iPad, but was it enough for Apple to maintain its position as an innovation leader? Here's what you need to know about Apple's latest mobile OS.