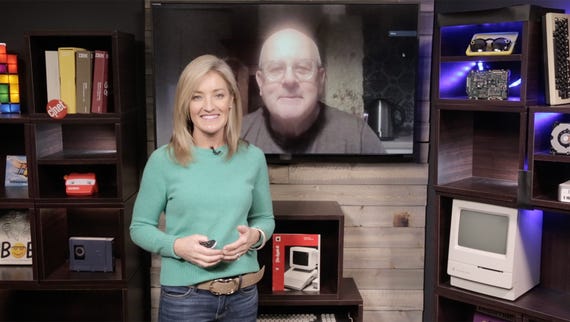 Find the perfect Chromebook Chromebooks are laptops, detachables, and tablets powered by Google's Chrome OS. Shop them on Amazon.

I blame my teachers.

They never understood me. They never bothered to try. They didn't even send a postcard after I'd left.

Today's kids, however, can reach for a different excuse. They can blame technology. Well, a specific form of technology.

In an interview with CNET, he offered a bracingly objective view of why some kids succeed and others fall behind.

He said: "Kids who are really into learning and want to learn will have better success. It's not hard to understand why kids aren't engaged in a classroom without applying technology in a way that inspires them. You need to have these cutting-edge learning tools to help kids really achieve their best results."

"Which cutting-edge learning tools?," I hear you cry. Why, iPads, of course. An iPad is, according to Schiller, "the ultimate tool for a child to learn on."

But what if your child is given some other gadget in the classroom? Failure awaits. Especially if they're given those sleazy old Chromebooks.

Said Schiller: "Chromebooks have gotten to the classroom, because, frankly, they're cheap testing tools for required testing. If all you want to do is test kids, well, maybe a cheap notebook will do that. But they're not going to succeed."

Parents around the world will surely be thrust into a panic on hearing these words. They've hovered their helicopters over their children for years, paying attention to the minutest details.

Now they learn that their kids might have the wrong sort of computer? The sheer guilt these parents will experience.

Schiller's pronouncement from on high may mean that 40 million children are destined to disappoint themselves and, more importantly, their parents.

For estimates suggest there are already 30 million Chromebooks in schools and 40 million Google Classroom users.

Apple's products tend to be rather pricier, so they are a tougher purchase.

It must be galling for Schiller to witness so much young failure and not be able to do anything about it. Other than drastically lower prices, that is.

I confess when I recently went to a Best Buy, an enthusiastic salesman told me that Chromebooks were of little use and certainly not as good as Windows laptops.

In his words: "It's fine if you want to do homework, surf the web, and watch Netflix. That's about it." (Wait, what else do kids do?)

I, therefore, await an urgent report from Betsy DeVos's Department of Education on America's crisis of education specifically caused by Chromebooks.

Perhaps this could be one more element in the government's multitude of actions against Google.

Join Discussion for: Apple's Schiller says kids will fail if they...