By Stephanie Condon for Between the Lines | June 12, 2018 | Topic: Internet of Things 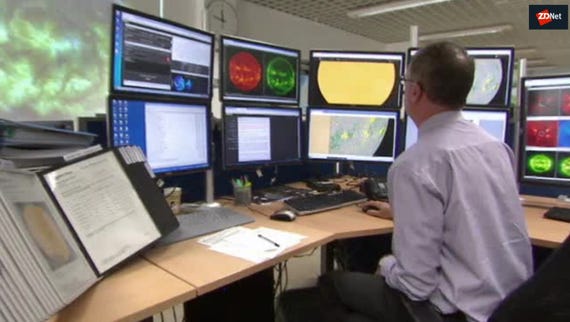 ARM on Tuesday announced it has acquired Stream Technologies, which provides tools for managing the connectivity of Internet of Things devices. The terms of the deal were not disclosed.

Stream's technologies will be integrated into ARM's Mbed IoT Device Management Platform, giving customers the ability to manage the connectivity of devices regardless of their location or network. Stream supports physical connectivity across all major wireless protocols, ARM noted in its release, such as cellular, LoRa and Satellite.

Combining Stream Technologies with the Mbed platform "will provide organizations with a robust end-to-end IoT platform for managing, connecting, provisioning and updating devices that is easily scalable and flexible," wrote Hima Mukkamala, ARM's SVP for IoT Cloud Services, in a blog post. "This scalability is critical as we move from billions to trillions of connected devices."

Envisioning one trillion connected devices by 2035, ARM has taken several steps to build up its IoT business. In addition to bolstering the Mbed platform, the company recently announced a new processor capable of preventing physical attacks and IoT device tampering.

Read also: A flaw like Meltdown or Spectre will probably happen again (CNET)

Founded in 2000, Stream has more than 770,000 managed subscribers. Its existing customers will not see their service changed, Stream said on its site.

By Stephanie Condon for Between the Lines | June 12, 2018 | Topic: Internet of Things