At AWS re:Invent, Rovio Entertainment lays out how it's leveraging AI to optimize games, with plans to integrate AI across the whole value chain.
Written by Stephanie Condon, Senior Staff Writer on Dec. 3, 2019 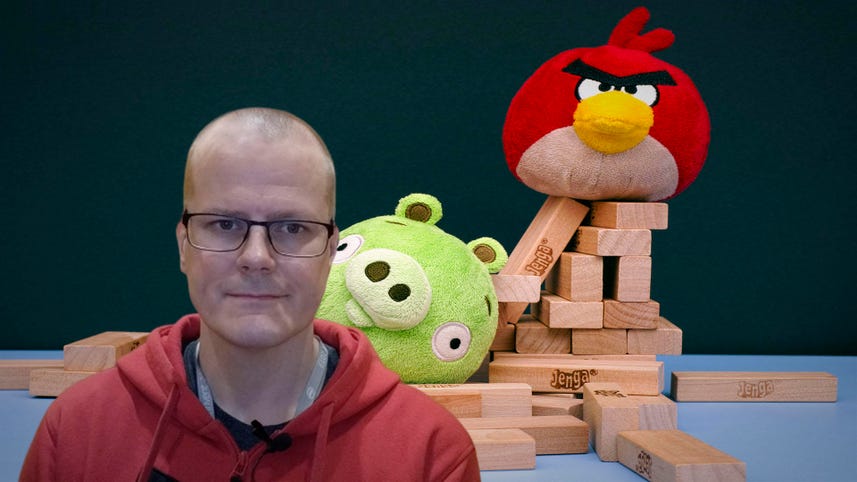 When Rovio Entertainment released Angry Birds in 2009, mobile games weren't really a thing -- the Apple App Store, after all, had only launched a year earlier. Once the game went viral, however, Rovio saw its future was in the cloud.

"It was an unchartered area for most of games," Rovio CTO Petri Hyökyranta said to ZDNet.

Rovio signed up for the relatively young Amazon Web Services in 2011 and got to work building Beacon, a service platform for all of Rovio's games. Today, after 10 years on the market, Angry Birds games are still played by millions of people around the world each day. The mobile game and its many spin-offs have been downloaded more than 4.5 billion times collectively. Rovio has kept players' attention by zeroing in on its customer data, Hyökyranta said.

"The idea was we started building and scaling a technology where we could collect events, analytics, and data to understand how players play, what they play," he said to ZDNet ahead of the AWS re:Invent conference.

The key to Rovio's data strategy has been ensuring that all of the information it collects is actionable, he said. For instance, if players love Level 5 of a game but tend to drop out at Level 7, that's valuable data in the mobile games industry, which by one estimate is now a $68 billion business.

"When there are thousands of apps available, it's impossible to make a breakthrough in games in any way" without keeping down churn, Hyökyranta said.

With the launch of Angry Birds Dream Blast at the start of this year, Rovio stepped up its use of AI, leveraging machine learning to help optimize the difficulty of game levels. While level optimization is a key part of reducing churn, it's typically a time-consuming process that requires manually testing new game levels that have yet to be released.

"It is a difficult thing for any game company to do, it's very manual work," Hyökyranta said. With machine learning, he continued, "instead of 20 levels of a week, you could produce 40, 80 or 100 levels a week."

By June 2019, just about six months after its launch, Angry Birds Dream Blast became Rovio's second-largest game. By October, Rovio said the game was on track to bring in nearly €60 million in gross bookings for the full year. Angry Birds Dream Blast is currently in the top 100 highest-grossing iOS games in the US, and it was just chosen as one of Google Play's best games of the year.

Gaming is a critical market for Amazon, AWS games segment leader Eric Morales told ZDNet. Within AWS, it's one of the few verticals for which the cloud giant offers dedicated services such as Amazon GameLift.

Beyond AWS, Beyond AWS, there's Amazon Game Studios and the game-streaming service Twitch, which Amazon acquired five years ago. "From an industry perspective, we're all in on this space," Morales said.

While many cloud-based games can tout their scale and reach, Morales said Rovio stands out for its use of machine learning to build new games faster and to develop new technology that helps them operate more efficiently.

"Where Rovio is leading is in building these tools that strip away that undifferentiated mental load on their teams," he said.

Rovio is only just getting started down this road, Hyökyranta said.

"When you start to build prediction on difficulty of levels, it's not hard to imagine going forward to do it in more real-time," he said. You could imagine a scenario, he continued, where a game adapts as users are playing, optimizing against their performance.

From there, Rovio has a "super ambitious" plan to use AI throughout the value chain, Hyökyranta said, from game development to distribution, marketing and more.

"We believe machine learning is going to be a huge revolution for most industries today," he said, "enabling companies to build things faster and in a more optimized way."