By Charlie Osborne for Between the Lines | October 22, 2020 | Topic: Tech Industry 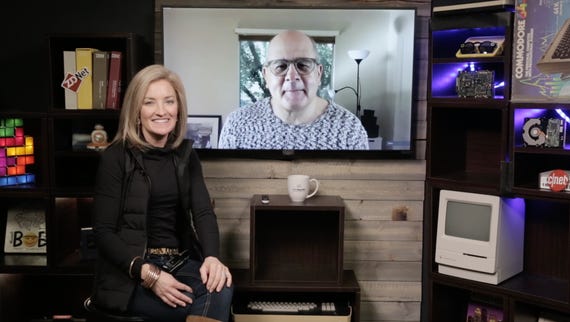 AT&T has reported Q3 2020 earnings driven by an increasing subscriber base for premium services, but the current pandemic has still had a material impact on the balance sheet.

EPS has continued to suffer this year due to COVID-19. AT&T says that the impact of the pandemic is down $0.21; $0.02 associated with business costs and $0.19 due to "estimated revenue impacts."

5G rollout efforts and premium services -- such as AT&T Unlimited Elite with HBO Max and FirstNet -- are considered as drivers for this growth, while service revenues declined by 0.3% as fewer of us are now traveling and require roaming contracts or subscriptions.

Operating expenses were $36.2 billion, a reduction from Q3 2019's operational expenses of $36.7 billion. Operational income was reported as $6.1 billion in comparison to $7.9 billion last quarter, a figure AT&T says has been impacted by COVID-19-associated disruption and costs.

TechRepublic: AT&T traffic report: Voice calls, IMs, and text messages are up, email and web traffic are down

The company has also adjusted its annual outlook. Over FY 2020, AT&T expects a free cash flow of at least $26 billion, as well as gross capital investment in the $20 billion range, with a focus on expanding and improving fiber, 5G, FirstNet, and HBO Max.

"We delivered a solid quarter with good subscriber momentum in our market focus areas of connectivity and software-based entertainment," said John Stankey, AT&T CEO. "Wireless postpaid growth was the strongest that it's been in years with one million net additions, including 645,000 phones. We added more than 350,000 fiber broadband customers and are on track to grow our fiber base by more than 25% this year. And we continue to grow and scale HBO Max, with total domestic HBO and HBO Max subscribers topping 38 million well ahead of our expectations for the full year."