Full Bio
Posted in Between the Lines on April 23, 2018 | Topic: Innovation 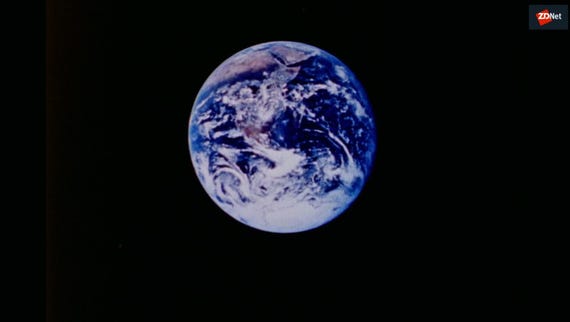 EarthNow has secured funding from Bill Gates and other prominent investors to develop and deploy a planet-wide web of satellites.

The space imaging startup has closed its first round of funding, gaining the backing of not only Bill Gates, but also Airbus, the SoftBank Group, and OneWeb founder Greg Wyler.

The financial details of the funding and amounts offered by each investor have not been disclosed.

Through the creation and deployment of advanced imaging satellites supported by machine intelligence, EarthNow wants to show us our planet in "real time, all the time."

The Intellectual Ventures spinout, founded in 2017, hopes to offer continuous real-time video of Earth, both live and unfiltered.

"The company's aim is for you to experience Earth's beauty and its fragility, and to recognize the importance of being good stewards of our world," EarthNow says.

In a release (.PDF), EarthNow said the funding will be used to refine the system design of the satellites.

While many current satellite systems only offer images and video footage with a delay spanning from minutes to days, the company hopes to eradicate the time difference altogether.

"EarthNow is ambitious and unprecedented, but our objective is simple; we want to connect you visually with Earth in real-time," says EarthNow CEO Russell Hannigan. "We believe the ability to see and understand the Earth live and unfiltered will help all of us better appreciate and ultimately care for our one and only home."

EarthNow utilizes a satellite platform originally created for the OneWeb communications service. This "bus" has received a massive upgraded to cope with the vast array of hardware and processing power necessary to capture and stream live footage in such an environment.

According to the company, each individual satellite has more CPU cores in its arsenal than "all other commercial satellites combined."

Airbus will mass-produce the satellites once the final tweaks to the platform are complete.

It is not known how many satellites would be needed for such a lofty goal, but the Wall Street Journal suggests that up to 500 may be deployed.

Initially, EarthNow will offer live streams only to commercial customers, including those in the government sector.

See also: One small step for man, one giant leap for kidneys

The company hopes that the technology could be used not only in research and natural sciences -- such as watching weather events as they occur and develop -- but also in the observation of conflict zones.

The satellites may also be able to record criminal acts such as illegal fishing and may also have worth in the construction of 3D maps of hotspots and cities.

However, EarthNow does intend to eventually open up the platform for the market at scale, allowing members of the general public to access streams from their mobile devices.

"We are excited by the prospect of giving everyone a stunningly-beautiful real-time window on your world from space," said Hannigan. "With EarthNow, we will all become virtual astronauts."