We've rounded up our favorite workplace-appropriate costume ideas that you can buy online and get shipped to you in a day or two.
Written by Elyse Betters Picaro, Senior Editor on Oct. 23, 2019 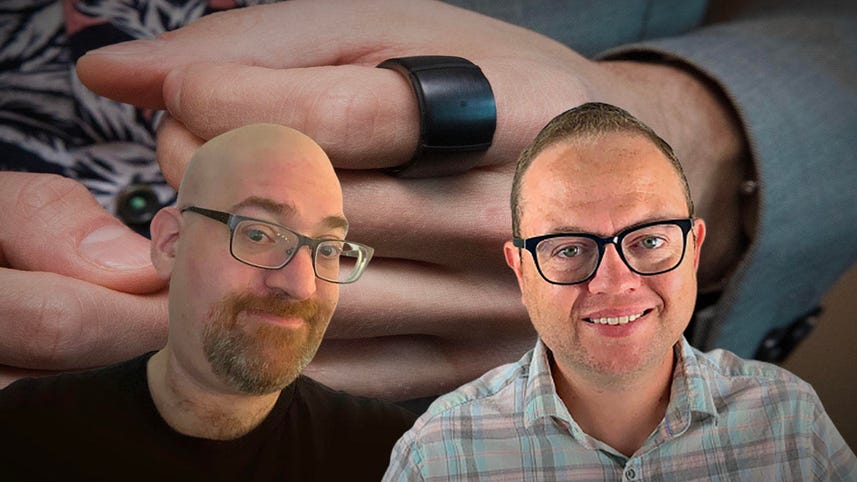 Halloween is coming up fast, and if your office or co-workers are planning to celebrate at work this year, you'll want to get a costume. Fortunately, it's not too late to buy one. The only problem is you have to decide what to wear, and that isn't easy.

But that's where this list comes in handy -- we've rounded up some office-appropriate costume ideas that you can buy online and get shipped to you in a day or two. Most of these outfits are geeky or tech-themed; this is ZDNet after all. But we did throw in a few pop-culture ones, because why not. Either way, we guarantee your boss and work friends will get a kick out of 'em.

This $39 costume will likely divide your office along generational lines. Older folks will immediately recognize the floppy disc, while the Gen Zers might wonder why you chose the Save icon for a costume.

Rosie The Riveter is an iconic symbol for women who entered the workforce during WWII, which also makes it the perfect $59 costume choice for an office Halloween party if you want to represent gender equality and feminism in the workplace.

Marty and Doc Brown from Back to the Future

Marty and Doc Brown from Back to the Future is an easy and recognizable costume choice -- especially if you have a bestie who wants to do a couple's costume with you. Just know that everyone under 35 in your office will probably think you're Rick and Morty instead of the original time-travelers. The Marty costume costs $60, while Doc Brown one costs $50.

Dwight Schrute from The Office

A Dwight Schrute costume is sure to get some love from The Office fans in your office, and you get an excuse to buy a new dress shirt and tie! Amazon even has a hub dedicated to helping you find everything you need for your Dwight costume, right down to the Casio calculator watch.

Want to be Han Solo, the intergalactic smuggler? Now's your chance, but you can kick it up a notch and be the hilarious frozen version of him between the Empire Strikes Back and Return of the Jedi. Check out this inflatable costume for $55.

It's not technically a costume, but this shirt will only cost you $19, so it's perfect if you're on a tight budget and want to make your office's IT security folks giggle.

Here's another easy, cheap costume idea -- especially if you work online or in web development or engineering.

Sure, you could just wear this camera costume, which only costs $45, but to really tie the whole thing together, get your very own retro Polaroid camera to snap pictures of everyone at the office party.

This $45 turntable costume is perfect if you're the music lover in the office, or if you've taken on the role of DJing for the party.

Halloween is the one time of year you can dress for the job you wish you had, so make an entrance with an out-of-this-world astronaut costume. The suits themselves start at $17 for women and $22 for men,  but if you feel like splurging, you can also get a helmet and some space boots for moonwalking on the office dance floor.

Netflix's Stranger Things is a phenomenon most of the office has probably binged at least once, so show up dressed as the most memorable character from the series, Eleven. It's based on her look from the first season. The jacket is $32, and the dress to complete the look comes in at $30. You can even grab a couple boxes of Eggo's and paint on a nose bleed for added effect.

In many ways, your office is probably like the deck of the Starship Enterprise, so show them who Captain Kirk is by showing up in the StarFleet Officer's uniform. There are versions for both men and women, and they start at $21.

If you're trying to find the right blend of comfort and cool in a Halloween costume, then becoming a Jedi might be the answer. The robe looks as soft as pajamas, but it's a little more expensive at $65. We recommend getting a lightsaber to complete the look.

Lastly, this one is perfect for gamers. It mimics the look and style of the original Gameboy. And it only costs $25, making it considerably cheaper than the latest handheld console from Nintendo.

Hardware
Buying a computer for your kid? Here's our best advice