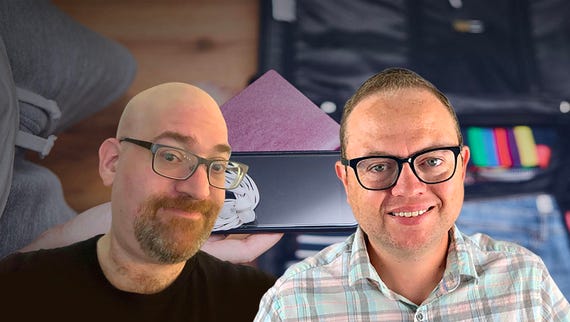 Not that long ago, staying connected while traveling overseas involved a difficult set of choices. You could stop at a sketchy airport shop to pick up a prepaid SIM card and then (maybe) figure out how to forward your calls to the new temporary phone number. The alternative was to pay truly frightening roaming rates and risk receiving a four-figure mobile bill a few weeks after getting home.

Mere vacationers and business travelers on a budget simply turned off their cell phones at the beginning of the trip and checked in over email every time a Wi-Fi connection was handy.

Also: Forget the smartphone: Get yourself a satellite phone that will work anywhere on the planet

Thankfully, those days are long past. I'm about to leave on a two-week trip to Europe, and I have multiple connectivity options available to me. Best of all, none of them require losing touch with home or worrying about a surprise bill at the end of the trip.

I could still pick up a local SIM after landing in Madrid, but why should I bother, when I have three options available to me that don't require any extra effort?

That eSIM option (the e stands for embedded) is the most intriguing one of all. Recent iPhones (iPhone X and later)  and cellular-enabled iPad models include eSIM support, as do the Google Pixel 3 and 4. The Arm-based Lenovo C630 laptop that I'm taking on this trip has a standard SIM slot and eSIM capabilities, as does the forthcoming Surface Pro X.

Setting up the eSIM on an iPhone XS for use with the Ubigi network is a multiple-step process.

First, go to https://cellulardata.ubigi.com/ and sign up for a free eSIM profile, which arrives in the form of a QR code via email. You can also install the Ubigi app, which will come in handy later.

Next, go to iPhone Settings > Cellular, tap Add Cellular Plan, and scan that QR code. (If you can't scan the code, you can copy and paste the activation code or type it in manually.)

With that step complete, you should see two cellular plans available, as shown below. (I've used a custom label for each line to make it easier to distinguish the two.)

Now open the Ubigi app (or go to the mobile website at https://ubigi.me). Turn off Wi-Fi and turn off your local carrier's cellular data plan temporarily. After connecting to the Ubigi network you should be prompted to set up a new account, where you can purchase a data plan.

You can choose a recurring plan or, as I've done here, a one-off plan. After entering payment information and completing the transaction, I can check the plan's status any time using the app.

From the Cellular Data page in the iOS Settings app, I can choose which connection I want to use as my default voice line and which to use for mobile data. The Allow Cellular Data Switching option means I can keep both data networks connected and let the phone decide which network is most appropriate at any given time. In that configuration, the iOS Control Center shows both networks.

Of course, counting on cellular coverage is always a bit of a gamble, thanks to dead zones caused by geography and the vagaries of network coverage. But for this trip at least, I feel fully prepared.