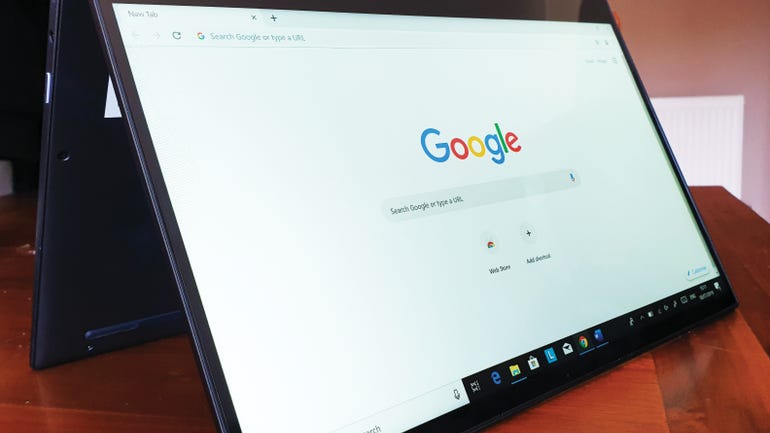 In recent years, Qualcomm and partner vendors have introduced a new variety of hybrid laptop to the market which is powered by Qualcomm Snapdragon processors.

These devices are modeled on the instant, always-on connectivity we have come to take for granted in our smartphones. As a result, quick connections, seamless switching between Wi-Fi and LTE, and reducing the time wasted by business users waiting for their systems to boot up and connect to their apps are the focal points of the 2-in-1 devices.

Last year, ZDNet took a look at the HP Envy x2, one of the Snapdragon 835-based Windows 10 hybrid PCs on ARM architecture.

With the introduction of the new Qualcomm Snapdragon 850 mobile chip family, the company promises that any hybrid device using the processor can expect improved speeds and power in comparison to older PCs. 5G has not yet permeated the market, and while Qualcomm is working with Lenovo in the development of a new laptop complete with the Snapdragon 8cx and X55 modem for 5G in the future, fourth-generation wireless is the general standard today.

So, how does the Yoga C630, touted as a premium laptop with smartphone-like 4G connectivity compare?

Weighing in at 1.2kg and sporting thinness of 12.5mm, the Lenovo Yoga C630 is not the lightest laptop on the market, but I would say it is an acceptable weight for business users on the move and will snugly fit in a standard laptop briefcase or backpack.

The 13.3-inch model I reviewed was protected by a sleek aluminum chassis in battleship gray and the embossed, textured 'YOGA' logo on the lid of the case and inscribed on the hinges were a nice touch. I wouldn't say that the laptop's design stands out more than any other competitor, but it does have a professional aura about it and you could easily see it in the hands of a business user.

The Yoga C630 is a 360-degree convertible device and as you manoeuver the screen to initiate tablet mode, the hybrid almost instantly recognizes the change and asks you whether you intend to perform the switch.

A menu option emerges and it takes no more than a quick 'yes' to make the transition, either via the trackpad or through the touchscreen. Users can also decide whether or not the option to change appears at all, or whether you would prefer the switch to be automatic and seamless.

The Lenovo Yoga C630 is not light enough to be held as you would a standard tablet without causing some wrist strain. However, the flexibility of the device, its maneuverability, and its ability to act as its own tablet stand brought to mind business use cases and content streaming, rather than discreet use, say, while on a standing commute.

The right side of the PC has power/sleep buttons, a headphone jack, and a USB-C port. The left side has another USB-C port -- which is only usable for charging your device -- and a nano-SIM card slot.

Using the SIM card slot is a fiddly process. For the uninitiated, the slot has been designed to be as small as possible to fit the overall form factor, and so you need either a drawing pin or another tiny implement draw the nano-SIM card tray out. (With no pins to hand, the back of an earring worked well enough for me.)

The Yoga C630 utilizes the Qualcomm Snapdragon 850 processor. Qualcomm claims that the use of the chip results in improved performance, 4G LTE speed, and extended battery life in comparison to its predecessors -- such as the Snapdragon 835 -- which have been used to power older hybrid PC models including the HP Envy x2.

The balance between the price point and the performance consumers would expect for a substantial amount of their hard-earned cash has not yet been met. In comparison to the HP Envy x2, the machine was somewhat faster, but after the lightning-quick startup process, things went somewhat downhill.

The performance levels are not up to par for a device of this price point -- especially if you are purchasing from the UK -- and can best be described as average and, on occasion, frustrating.

When browsing the Internet, I noticed a lag in opening up web pages and maintaining multiple tabs whether or not when I was using a standard Wi-Fi connection or 4G. Content-heavy pages would sometimes take several seconds to load. There was also a noticeable struggle when I scrolled down video-heavy websites.

The Yoga C630 is not suitable for resource-intensive applications and even the games pre-installed with the Windows OS -- such as Bubble Witch 3 Saga -- will lag and skip.

Email, Word, or Excel? No problem. In general, the hybrid device performs well and is suited for everyday tasks. However, the device will not suit those who need to run heavy-duty programs on a regular basis.

An advantage of the device is that it is close to silent when running. Even after leaving the Lenovo Yoga C630 on my desk for hours and perching it on my lap for a long period of time, the hybrid laptop stayed quiet and cool to the touch -- a welcome change from the raging heat of my MacBook Pro.

Windows 10 S is a trimmed-down variant of the Windows 10 operating system designed with security at the forefront. Unfortunately, the OS can be a frustrating experience and your app choices are severely limited to a meager handful of offerings either pre-installed or found in the Windows Store which are able to run on devices utilizing Qualcomm chips.

In order to circumvent these limitations and run apps such as Google Chrome -- my preferred browser -- you need to visit the Microsoft Store to take advantage of a free upgrade to Windows 10 Home. Upgrading is a quick and painless process.

The 13.3" FHD (1920 x 1080) IPS multi-touch display, shipped with every version of the device, is one of its major strengths. The display is frankly beautiful; crisp, clear, and highly detailed without being too harsh or too bright for your eyes.

I found that a brightness level of between 50 and 60 percent was a comfortable level for everything from browsing the Internet to watching movies. The touchscreen is very responsive in both laptop and tablet mode and I had no problems or complaints when it came to using either my fingers or a stylus.

As someone with small hands -- of which the larger MacBook Pro keyboards found on 15-inch Apple models requires uncomfortable stretching -- I found the overall size of the keyboard and position of the keys to be enjoyable to use.

The keys are light and responsive, and although I personally prefer slightly more tension and bounceback, making the keyboard any thicker would have increased the size of the svelte device. However, I'm not sure that the weightlessness of the keyboard would suit larger, more forceful hands or fingers.

The glass trackpad, nestled underneath the keyboard, is a reasonable size and easy to reach without hampering your use of the keyboard. The trackpad needs no more than a light touch to control and is still able to do so even if moisture is detected on your fingers.

There is also a small, square, discreet biometric fingerprint sensor to the right which users can choose to enable instead of entering a password and PIN number when the screen is locked for security purposes. The setup process is quick and during my weeks of testing, the scanner did not fail to recognize my fingerprint once.

The inbuilt 720P HD camera is really not anything to write home about, and during testing through applications including Skype and Facebook Messenger, I found the camera to be harsh, dim, and somewhat grainy. If you are going to use this device for frequent calls that require a video link, I would invest in an external webcam which offers higher quality footage.

I found the speakers to have an unpleasant burr and dull edge to them which at medium to high levels which can be a serious irritant. Even with a pair of high-quality earphones -- in my case, I tested the device with a pair of Bose QuietComforts -- the sound still leaves much to be desired and audio quality does appear to have been an afterthought in the development process.

Given that I often take a laptop with me on commutes and I like to listen to music as I complete work tasks on the journey, this aspect alone, unfortunately, would make me think twice about investing in the Lenovo Yoga C630 as a secondary device.

The "Always On" feature of today's hybrid PCs running on Qualcomm processors has been implemented in order to mimic our smartphones by making sure LTE connectivity is always available.

Switching between Wi-Fi and a mobile connection could not be easier; it takes nothing more than choosing between them at the touch of a button or mobile connectivity taking over when Wi-Fi becomes unavailable. This aspect of the laptop is something that Lenovo and Qualcomm should be proud of; and even in standby, the device will sync your apps and data in real-time without any issues.

The Yoga C630 is equipped with a 60 watt-hour battery. The vendor says that the device is capable of running for up to 25 hours on a single charge.

On standby, the laptop used only five percent of its life over the course of four days. For real-world testing, I opened up Google Chrome, with one tab streaming YouTube videos automatically and maintained four open web pages, including a news website and messaging forum.

Brightness was set to 50 percent which is more than adequate for daily usage, and given my annoyance with the speakers, volume was disabled. After an hour, 4 percent of the battery had been used, and the laptop ultimately lasted 15 hours without an additional charge.

In other words, the battery life of the Yoga C630 is superb and the device performed far better than I expected in this area.

If you are not particularly fussed about speaker quality and are in the market for a professional-looking laptop with excellent battery life, the Yoga C630 is worth consideration.

The device would suit users who need a relatively light laptop to cart around on the road and to travel with to casually work, check emails, and browse the Internet. However, the Yoga C630 is not a powerhouse, and resource-intensive applications -- assuming they are even compatible with the device's architecture -- will likely be unresponsive.

The Lenovo Yoga C630 is not a laptop which will replace your main device but could suit commuting and travel purposes and as a standby, backup device. I personally think the current price point is too high because of its lackluster performance, especially for UK citizens, but if battery life and connectivity are on your critical checklist, then the Yoga C630 will suit you.