The software-as-a-service company that has been using masses of GPUs to run deep learning programs plans to list under the ticker “AI.”
Written by Tiernan Ray, Contributing Writer on Nov. 13, 2020 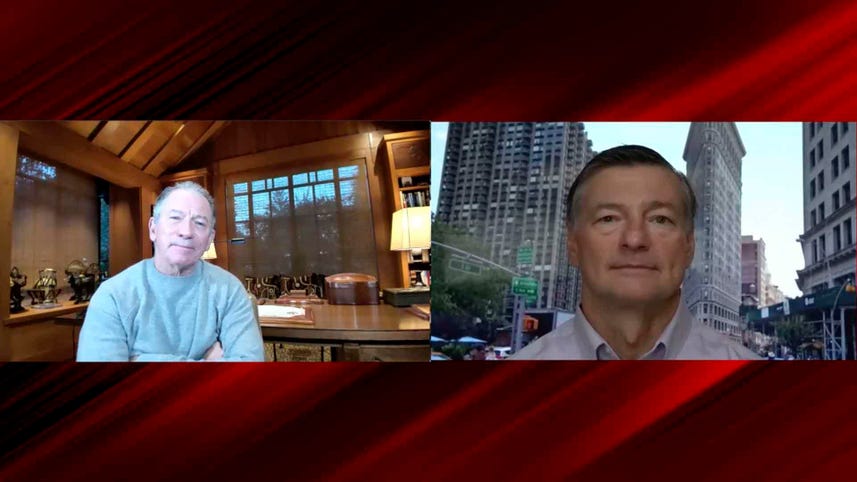 C3.ai, the artificial intelligence services company founded by software pioneer Tom Siebel, Friday evening filed for an initial public offering, with a placeholder amount of $100 million worth of its shares, led by investment banks Morgan Stanley, JP Morgan, and Bank of America.

The amount of the offering is provisional and will likely change in the final deal size.

C3 plans to list under the ticker "AI" on The New York Stock Exchange. The number of shares to be offered and the price range for the proposed offering have not yet been determined, C3 said.

Siebel, who was recruited to database giant Oracle in 1983, later founded the eponymous enterprise customer relationship management software firm in 1993. He sold that company to Oracle in 2006 for $5.85 billion, and went on to found C3 in 2009.

C3 came out of philanthropic work Siebel was doing in 2007 and 2008, after selling to Oracle. He was concerned with making an impact on the planet's energy and climate issues. He soon realized that being a for-profit company might ultimately have a greater impact.

Siebel, who is both chairman and CEO of C3, describes his ambition in the prospectus as being that of serving a $274 billion market that is a "magnitude larger than" either Oracle or Siebel's was.

Siebel refers to a gaggle of technologies, including AI, that have come together to create a new kind of combination he calls a "step function of technologies" that is "substantially more impactful than anything we had seen before."

They include, "elastic cloud computing, big data, the internet of things, and AI or predictive analytics."

Today, at the confluence of these technology vectors we find the phenomenon of Enterprise AI and Digital Transformation, mandates that are rising to the top of every CEO's agenda. The global IT market exceeds $2.3 trillion today.

Our singular focus is to leverage our technology leadership, first-mover advantage, and management leadership to establish and maintain a global leadership position in Enterprise AI. Should we succeed at that objective, we will have built C3.ai into one of the world's great software companies.

The company bills itself as the "world's largest enterprise AI production footprint." It claims to be running 1.1 billion predictions per day for its clients, which have included large firms in banking and oil and gas and other industries.

Siebel has brought seasoned compatriots with him. The CTO of C3, Edward Abbo, was CTO of Siebel Systems. The company's head of product, Houman Behzadi, was also a long-time Siebel executive.

The company had an accumulated deficit of $293 million as of the end of July.

The prospectus indicates Siebel has heavily invested in the startup, but also sold stock worth tens of millions. In 2018, for example, the company sold stock to Siebel for a loan worth $25 million. Then in 2019, Siebel sold stock in two transactions worth $50 million each.

Credit Cards
A business tried to use a 50% price hike as a recruitment tool. It didn't go well