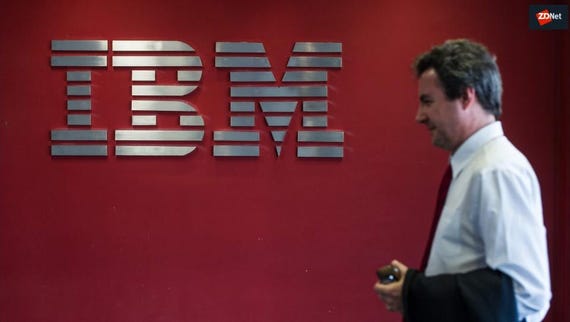 IBM's missed chances: Can it catch the next wave?
Watch Now

It's easy to see that IBM's current annual revenues of $79.95bn have put it back where it was in 1998, when its revenues were $81.67bn: the numbers are on the public record. But this doesn't allow for inflation. If you do that, IBM's record is actually much worse. According to my calculations, IBM is now almost exactly where it was in 1980, when its turnover of $26.20bn was worth $80.83bn in today's money.

That is astonishing for a company that used to dominate the technology business.

What is perhaps even more remarkable is that, since 1980, we've seen at least five major revolutions that could have lifted IBM to new heights. These were the revolutions in personal computer hardware and software, the massive growth of the internet, the explosion in the use of smartphones, and the move to the cloud.

Some companies have done so well from these revolutions that they have already overtake IBM in annual revenues despite starting from almost nothing, or nothing. Microsoft and Dell have made fortunes from the PC industry and the move to the cloud, with Dell getting a boost from its merger with EMC. Google has made its fortune on the internet, and Apple mainly from smartphones. Amazon has emerged as an online retailing giant and, through AWS, has become the clear market leader in cloud computing.

A company of IBM's size and global reach must have seen these revolutions coming, and it actually got off to a great start in the first one: personal computing. In 1981, IBM rushed out the IBM PC, which set a global hardware standard that – while much developed – led to where we are today. It also helped IBM grow its revenues from $29bn in 1981 to $69bn in 1990.

IBM failed partly because it tried to take control of the PC industry with the launch of its PS/2 (Personal System/2) hardware and a new MCA (Micro Channel Architecture) expansion bus, which customers rejected. Eventually, IBM sold its PC division, and later its Intel-based server division, to China's Lenovo, which is now the world's largest PC manufacturer. You can still buy iconic black ThinkPads, but not with IBM's logo on them.

PC software represented another failure. IBM wanted PS/2 systems to run its OS/2 operating system, co-developed with Microsoft. When Microsoft Windows started to take off in 1990, instead of getting behind it, IBM tried to kill it. In 1995, IBM also bought Lotus Development and tried to attack Microsoft in the office suite market, but again, buyers stuck with Windows and Office. Eventually, IBM sold off its Lotus Notes/Domino and WebSphere products to India's HCL.

What about smartphones and apps? Perhaps we can give IBM a pass because it had already sold its PC division before Apple launched the iPhone in 2007, but it didn't even try. Microsoft's catastrophic Nokia acquisition showed its heart was in the right place. Dell and Amazon also tried selling smartphones. Google – which bought Android, then bought and sold Motorola – is still trying. But after selling 50,000 units of its IBM Simon personal communicator in 1994-94, IBM seems to have given in.

And, more recently, what about IBM and the cloud? IBM should have seen the future when Amazon launched AWS in 2002, if not before. However, it didn't really develop a viable cloud strategy until 2007, and it didn't buy SoftLayer – which formed the basis of IBM's cloud division – until 2013. SoftLayer was only founded in 2005, and IBM could have saved itself $2 billion by the timely development of its own software. Indeed, that could apply to many of the 160+ companies IBM has bought since 2001.

Unfortunately, IBM seems to have been more interested in financial engineering than software engineering. The company has spent around $200bn buying back its own shares since 1995. That could have been spent on research and new product development.

Earlier, I mentioned IBM's success in increasing its turnover to $69bn, or $134.2bn in inflation-adjusted terms, in 1990. However, this was IBM's peak year, and coincidentally, it was also the year when sales of Microsoft Windows 3.0 started to take off.

In 1993, an outsider, Lou Gerstner, was brought in from RJR Nabisco to turn Big Blue around. At the time, he was feted for his success. IBM's revenues recovered to an inflation-adjusted $133.59bn in 1999. But as the graph above shows, they never reached that level again.

Of course, IBM's return to its 1980 level of inflation-adjusted revenues reflects decline in its relative standing.

In 1985 – for which I happen to have the numbers handy – IBM was bigger than its next dozen competitors combined. As the bar chart above shows, IBM's turnover of $50.06bn dwarfed DEC (Digital Equipment Corp), which made $7.03bn mainly from sales of minicomputers. DEC was followed by Sperry ($5.53bn) and Burroughs ($5.04bn), who merged to form Unisys in 1986.

It won't be a surprise if IBM is also overtaken by Facebook.

There's no doubt that IBM talks a good game. It spent years explaining its push into more profitable "strategic imperatives" to make its revenue declines sound like part of a master plan. Now IBM's commercials and earnings calls talk up its Watson artificial intelligence software, trendy blockchain technology, and its move into the cloud.

Apparently, IBM is going to dominate hybrid cloud services after it completes the $34bn purchase of Red Hat later this year, which will put the company heavily in debt. Following this month's disappointing financial results, IBM CEO Ginni Rometty told CNBC: "We think [hybrid cloud] is a trillion dollar market, and we'll be number one in it."

However, having a great playbook is not the same as putting points on the board. When are we going to see success reflected in some real growth in revenues? It can't come too soon.