Under the guidance of The Linux Foundation, the Ceph open-source project will now be directed by the Ceph Foundation.
Written by Steven Vaughan-Nichols, Senior Contributing Editor on Nov. 12, 2018 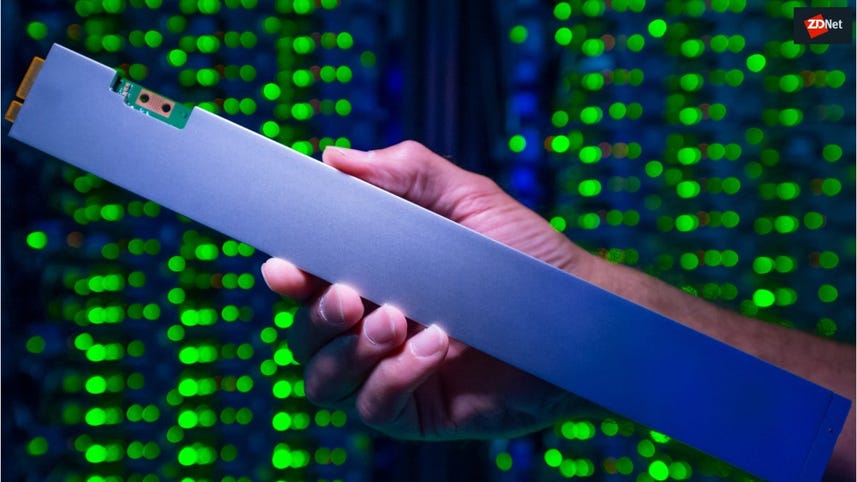 Behind the scenes, Ceph uses an Object Store to store data. Within it, each piece of data is stored in a flat, non-hierarchical namespace and identified by an arbitrary, unique identifier. Each item's metadata are stored along with the data itself.

Also: Linux adds a code of conduct for programmers

Ceph stores your data on a Ceph Block Device (CBD). This is a virtual drive that can be attached to bare-metal or virtual machine (VM) Linux-based servers. To manage its storage, Ceph uses the Ceph Reliable Autonomic Distributed Object Store (RADOS), which facilitates block storage capabilities such as snapshots and replication.

Within RADOS, an object is the unit of storage. In turn, objects are stored in object pools. Each pool has a name (e.g., "foo") and forms a distinct object namespace. Each pool also defines how the object is stored, designates a replication level (2x, 3x, etc.), and delineates a mapping rule, describing how replicas should be distributed across the storage cluster. (For instance, each replica should live in a separate rack.)

A Ceph storage cluster is comprised of object storage daemons/devices (OSDs). This cluster can store multiple pools and makes Ceph extremely scalable. You can start with little more storage than you have on your desktop and surge up to petabytes.

While these things are all neat, what makes most people -- and anyone who cares about the bottom-line -- excited about Ceph is that it makes managing storage affordable. From the user's viewpoint, you're not concerned about the hardware, whether it's old style rusted iron hard-drives or RAID SSDs. You can access the data in whichever way makes the most sense for you.

Block and file storage are critical to any company. It's an especially important components of infrastructure platforms like OpenStack and Kubernetes. According to recent user surveys, roughly two-thirds of OpenStack clouds use Ceph block storage.

Efficient, agile, and massively scalable, Ceph significantly lowers the cost of storing enterprise information in the private cloud and provides high availability to any object, file, and block data. Unstructured data makes up 80 percent and more of enterprise data. This data type is growing at the rate of 55 percent to 65 percent per year, and is common with rich-media, predictive analytics, sensors, social networks, and satellite imagery.

Thus, "Ceph has a long track record of success when it comes to helping organizations with effectively managing high growth and expanding data storage demands," said Jim Zemlin, The Linux Foundation's executive director in a statement. "Under the Linux Foundation, the Ceph Foundation will be able to harness investments from a much broader group to help support the infrastructure needed to continue the success and stability of the Ceph ecosystem."

Ceph is also used by Rook, a Cloud Native Computing Foundation project that brings seamless provisioning of file, block, and object storage services into the Kubernetes environment, running the Ceph storage infrastructure in containers alongside applications that are consuming that storage.

"A guiding vision for Ceph is to be the state of the art for reliable, scale-out storage, and to do so with 100 percent open source," said Sage Weil, Ceph co-creator and Red Hat Ceph project leader and chief architect in a statement. "While early public cloud providers popularized self-service storage infrastructure, Ceph brings the same set of capabilities to service providers, enterprises, and individuals alike, with the power of a robust development and user community to drive future innovation in the storage space. Today's launch of the Ceph Foundation is a testament to the strength of a diverse open-source community coming together to address the explosive growth in data storage and services."

The Ceph Foundation is the successor framework to the Ceph Advisory Board. Want to join up? You can get involved in the Ceph community -- or learn more about Foundation membership, and then decide if Ceph is for you.