Windows 10 2-in-1? HP unveils Intel Core i version of its Qualcomm Envy x2

HP announces another Envy x2 2-in-1 for consumers who don't want the Windows 10 on ARM experience.
Written by Liam Tung, Contributor on Jan. 11, 2018 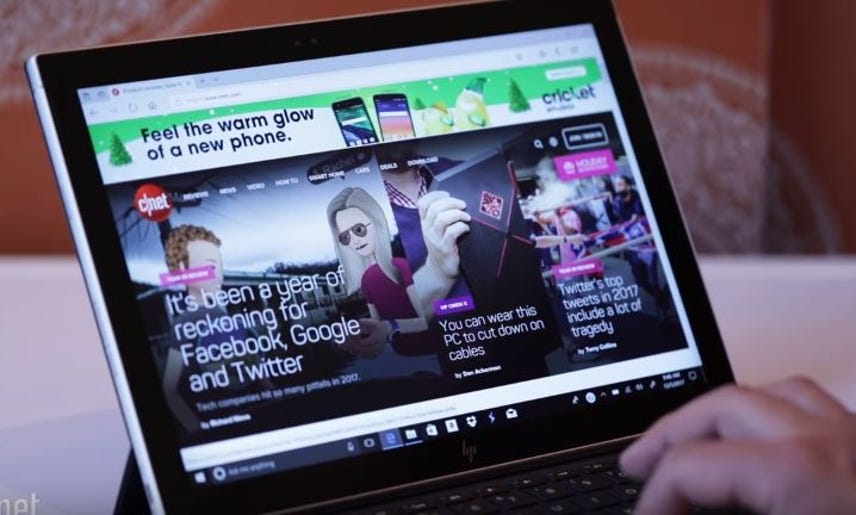 Alongside the Qualcomm-powered Envy x2 2-in-1, HP will soon launch an Intel variant of the tablet-PC with its low-power 7th generation Core Y-series CPUs.

HP announced the Intel-based Envy x2 at CES today, offering the same tablet with detachable keyboard design as the recently unveiled Envy x2 with a Qualcomm Snapdragon 835, the chip that powers high-end smartphones like the Galaxy S8.

The Intel x2 is for consumers unwilling to go down the ARM-Windows path. HP is offering the Envy x2 with the Y-Series version of Intel's 7th generation Core i CPUs.

The Intel model is largely the same as the Qualcomm Envy x2, including a fanless design with LTE. However, it's marginally thicker and heavier, and has a 16.5-hour battery life rather than 20 hours. Also, instead of Windows 10 S, the Intel variant comes with Windows 10 Home.

The screen can be positioned in laptop, reading or tablet mode. There's also a 13-megapixel (MP) rear camera and a 5MP front camera, two USB Type-C ports, a microSD slot, a SIM card slot, and a 3.5mm audio jack.

HP will include the keyboard and stylus in the price, according to ZDNet's sister site CNET, but it hasn't revealed pricing yet.

The Intel-powered Envy x2 is expected to be available this spring, meaning it should arrive alongside the Qualcomm x2.

Microsoft and Qualcomm are showing off the first Windows 10 on ARM devices, which provide Win32 app compatibility via emulation. Most models won't be available until next spring, however.

HP recalls more PCs after a small number of reports of overheating batteries and a user burning their hand.