China tech giants Alibaba and JD.com have introduced initiatives to help combat the novel coronavirus, such as offering free services to merchants in Hubei and drone deliveries.

With most business operations resuming this week in China after the annual two-week break over the Lunar New Year, local tech giants unveiled their efforts to fight the coronavirus outbreak.

Alibaba said Monday it will roll out some 20 measures, including waiving some fees across its online platforms to help affected merchants ride through the epidemic. These included its e-commerce marketplace, Tmall, which will waive service fees over the first half of this year as well as provide services for free to eligible merchants based in the virus epicentre, Hubei. 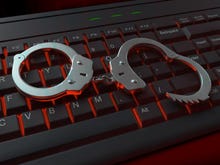 Alibaba's logistic unit, Cainiao Network, will also provide rent-free warehouse space for two months until the end of March, while its local services unit Koubei will not collect commissions from merchants until end-February. This is extended to the end of March for businesses based in Wuhan.

Meanwhile, Alibaba's rival JD.com on Monday said its smart assistant platform, powered by artificial intelligence (AI), has been integrated with the WeChat account of the Wuhan Mayor's Office.

The messaging app, which provides updated information and services related to the coronavirus, taps the AI capabilities -- including semantic comprehension and syntax analysis -- to automatically reply to user queries based on the latest data about the outbreak. According to JD.com, the app also encompasses various functions such as epidemic self-screening, clinic inquiry, and medical guidance. More complex user queries would be automatically escalated to a customer service agent.

The smart assistant service is currently available in other Chinese cities and provinces including Beijing, Jiangsu, and Sichuan.

JD.com added that it was working with West China University Second Hospital in Sichuan to develop a triage chatbot that can facilitate an initial round of patient triage and information gathering. The e-commerce operator also introduced AI-powered calls in Xinyu City to help monitor residents' health condition and provide information on the outbreak.

Both JD.com and Alibaba also introduced supply sourcing platforms to better facilitate the delivery of medical supplies to healthcare services providers and areas hit by the coronavirus.

JD.com said its "Emergency Resources Information Platform" offered access to 3,000 suppliers and logistics services and made 162 matches between suppliers and municipal and medical institutions. These had encompassed, amongst others, the sourcing of more than 19 million masks, 12,290 bottles of liquid disinfectant, and 1,000 tons of disinfectant powder.

Alibaba said its "Global Direct Sourcing Platform" has also linked up sellers of medical supplies with hospitals and local authorities. The platform gathers specifications of supplies needed, including types, models, and product quantities, and will begin the procurement process once sellers and their goods are verified as matches, it said.

Its research unit DAMO Academy is also working with Zhejiang Provincial Center for Disease Control and Prevention to develop a system that could speed up diagnosis and analysis of the virus. Alibaba said its AI algorithm was able to slash the time needed to conduct the genetic analysis of suspected coronavirus cases from several hours to about 30 minutes.

JD.com also turned to drones and robots to facilitate deliveries in virus-hit areas. It completed its first autonomous robot delivery in Wuhan, bringing supplies to Wuhan Ninth Hospital, which has been designated for the treatment of the virus.

It also rounded up its first delivery via drone to Baiyang Lake in Hebei province, with plans to continue operating the route during the outbreak. The drone trip has meant couriers do not need to make a 100km detour via land-based routes and parcels -- instead, it can fly over a 2 km journey over the lake -- when dropping off goods at fixed points located within villages in the area.

JD.com said it planned to expand the drone delivery to other cities, including Hohhot and Jilin, to combat challenges due to the virus, such as reducing the need for human-to-human contact.

Tencent last week also established a 200 million yuan ($28.63 million) fund to support the development of mobile apps that help to combat the coronavirus outbreak. Describing these as "mini programs", the Chinese tech giant said the fund aimed to ease the development process of such apps, which traditionally were hindered by various factors such as requirements in functionalties, as well as time and work resources.

Tencent said it would provide service providers and developers with the funds and resources through a dedicated section on its WeChat Open Community, dubbed Anti-Epidemic Mini Program Development Services. The aim here was to speed up the development of these mini programs, which would be used by government departments and healthcare organisations, it said, adding that the funds could be tapped in various ways including as startup capital and for cloud services.

Exhibitors pull out, shows called off

Elsewhere around the world, exhibitors are pulling out of major tech shows and events have been called off, in a bid to avoid and mitigate the spread of the coronavirus. So far, the epidemic has affected 25 countries, leading to the cancellation of show events in Singapore and exhibitors pulling out of the upcoming MWC in Barcelona.

Sony and NTT DOCOMO have joined others such as LG, Ericsson, Nvidia, and Amazon in withdrawing their participation from MWC in Barcelona, Spain, which is scheduled to be held from February 24 to 27.

In a statement released Monday, Sony said it made the "difficult decision" to pull out of the annual tech show for the "safety and wellbeing" of its customers, partners, and employees. It added this followed the World Health Organisation's announcement declaring the outbreak a global emergency.

The Japanese tech giant said its scheduled press conference would instead be conducted via video.

In Singapore, the organisers of ITShow announced they were rescheduling the annual consumer electronics exhibition -- originally scheduled to take place next month -- due to the coronavirus outbreak. Noting that the country recently raised its Disease Outbreak Response System Condition (DORSCON) level to orange, the organisers said they were monitoring the situation and would announce new dates for the show at a later stage.

Annual tech conference EMTech Asia, originally scheduled to take place in Singapore on February 25 and 26, has also been pushed back to August 4 and 5. Show organisers MIT Technology Review and Koelnmesse said heightened travel restrictions across the region made the postponement necessary to ensure the wellbeing of attendees.

Under DORSCON Orange, event organisers in Singapore have been encouraged to call off or defer non-essential large-scale events. Those that choose to proceed should implement precautionary measures including temperature screenings, ensuring venues are ventilated, and maintaining a registration list of participants.

As one of the hardest hit nations outside of China, Singapore currently has 47 confirmed cases of the coronavirus.

LG withdraws from ISE due to coronavirus concerns

Despite this, MWC organiser GSMA said its Barcelona event will still go ahead as planned.

DEF CON team is hoping that the 2019-nCoV outbreak will improve and they can go on as planned, or reschedule.

Mobile World Congress will implement temperature screening and demand proof that those who have visited China have been out of the Middle Kingdom for at least 14 days.

The financial news website came under fire for doxxing a Chinese scientist accused of being behind the virus.