As the International Space Station (ISS) faces future funding cutbacks, China has jumped into the fray with off-world plans of its own.
Written by Charlie Osborne, Contributing Writer on June 4, 2018 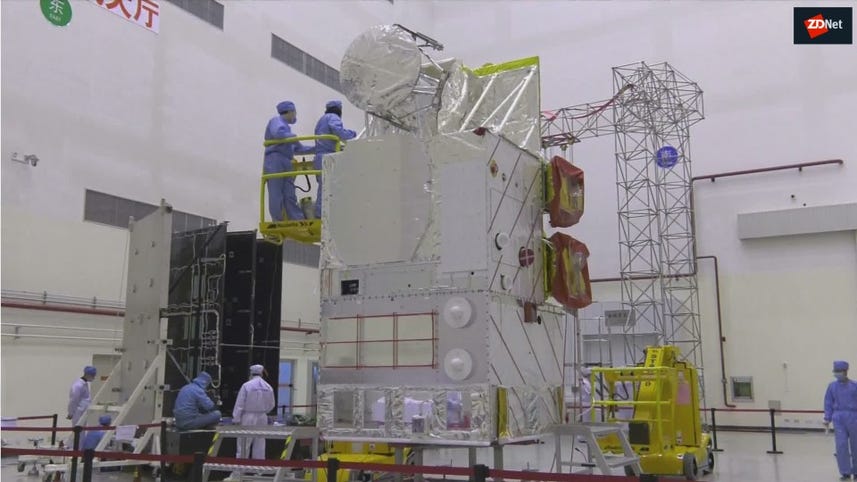 China has outlined plans to build a space station even as the International Space Station (ISS) is facing future funding shortages.

The country may have been late to the space game, but China has poured investment into the research area in recent decades.

China was the third country to send a human being into space and now has a stable plethora of projects on the boil, including probes, satellites, and the recent launch of the OneSpace rocket.

Now, the country plans to go further and create a new space station which could be fully operational by 2022.

The two agencies previously signed a Memorandum of Understanding to allow researchers, universities, public institutes and private companies from member states to apply to conduct experiments onboard the CSS.

In a ceremony hosted by UNOOSA and the Permanent Mission of China last week, the groups said the initiative will promote international partnerships and cooperation in human space exploration, as well as provide a suitable environment for flight experiments and "space application opportunities."

"The China Space Station belongs not only to China but also to the world," said Ambassador Shi Zhongjun, representative of China to the UN. "Outer space should become a new domain for promoting the common interests of everyone, rather than a new battlefield for competition and confrontation. Guided by the idea of a shared future, the CSS will become a common home in space for all humankind."

China's open-hand approach appears to be in direct contrast to the US, which prevents China's space agency from using the ISS or sharing technologies.

As China plans its latest space venture, the ISS is facing a threat to its future. US President Trump, who has previously indicated that a return to the Moon -- and then ventures to Mars -- are top priorities, is now considering ending ISS funding by 2025, years ahead of schedule.

See also: Graphene tests cause for celebration in space experiments

This is not the first time China has invited other nations to join the country on space-related projects. Last year, representatives from China's space agency and the European Space Agency (ESA) instigated discussions on a variety of schemes.

Among other projects on the table, China and Europe are considering a new, jointly-owned moon base.

The so-called "Moon village" would not only potentially act as a launching pad for space missions, but has also been touted as a potential avenue for space tourism or lunar mining.