The tiny drone has been floating in space to give us a glimpse into life on the ISS.
Written by Charlie Osborne, Contributing Writer on July 17, 2017 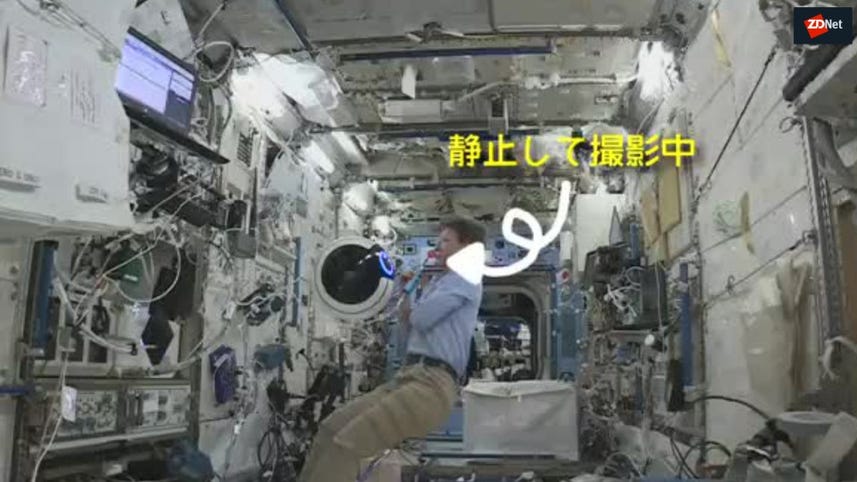 The Japan Aerospace Exploration Agency (JAXA) has given us a snapshot of life in space, with the release of a tiny spheric drone into the atmosphere of the International Space Station (ISS).

The JEM Internal Ball Camera, dubbed "Int-Ball," is able to record video and take images while floating around above our planet.

According to the space agency, the drone was delivered to the Japanese Experiment Module "Kibo" to the ISS by the US' Dragon spacecraft, launched on 4 June this year, and since then has been controlled from the ground to record a snapshot of the lives of astronauts.

While being manipulated through the JAXA Tsukuba Space Center, the drone's footage is checked in real-time before being fed back to the onboard crew.

Some of the released footage is below. While the text is in Japanese, the film itself is still fascinating:

The drone uses existing drone technologies, but the outer shell and inner structures were created through 3D printing. As Int-Ball is so small and lightweight, it is able to move anywhere throughout the ISS and record footage from any angle.

At present, not only does the drone give space enthusiasts a glimpse at the inner workings of the space station, but JAXA says the drone also proves a link between flight controllers and researchers on the ground with flight crew in real-time -- allowing those of us still on Earth to see things from the astronaut's point of view and for the teams to cooperate more effectively despite the distance.

JAXA hopes that eventually Int-Ball could be improved to include additional features and functions for future space missions and will reduce the crew time spent on photography, which is roughly 10 percent, to zero.

Read also: One small step for man, one giant leap for kidneys

Last week, the Australian government revealed plans to boost the country's space program, of which, forming a dedicated space agency could be a possibility within the next decade.