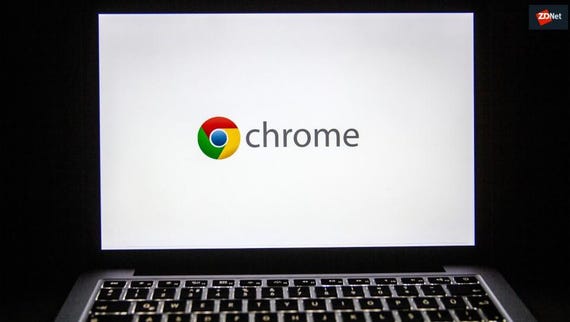 Google has released today version 83 of its Chrome web browser, one of the most feature-packed Chrome updates released since the browser's initial launch back in 2009.

Today's v83 release includes a slew of new features. These include enhanced privacy controls, new settings for managing cookie files, a new Safety Check option, support for tab groups, new graphics for web form elements, a new API for detecting barcodes, and a new anti-XSS security feature, among many many others.

The reason why Chrome 83 includes so many features is because Google canceled the Chrome 82 release due to the ongoing coronavirus pandemic.

As a result, some of the Chrome 82 features were pushed into Chrome 83, while others were rescheduled for later this year.

Below is a summary of the most important changes in today's release.

Chrome users can update to the Chrome 83 version right now by visiting the Chrome -> Help -> About Google Chrome section (chrome://settings/help).


The new Tab Groups feature lets users organize tabs into small groups on the tab bar. Tab groups can be colorized, renamed, and moved around the tab bar to help users manage different workspaces together. In future versions, Google plans to let users collapse tab groups so users can save space on their tab bar for their current tabs and help users focus better.


Chrome 83 is also the first Chrome version that now features a section in the Chrome settings page that lets users manage and delete cookies on a per-site basis, a feature that until now has only been available to Firefox users. Giving users the ability to delete a cookie on a per-site basis lets users debug broken login experiences without having to clear cookies on all sites, and break existing authenticated sessions.

Google added in Chrome 83 a new "Safety Check" option under Chrome -> Settings -> Privacy and security (chrome://settings/privacy). The new tool scans if Chrome is running the latest version, checks if the user's passwords have been compromised in breaches online, if the Safe Browsing service is enabled and running, and if the user has any malicious extensions installed on this device.

Google has also added another new section in the Chrome settings page that lets users manage the Safe Browsing protections. More specifically, there is now an Enhanced Safe Browsing mode that gives users more proactive and tailored protections from phishing, malware and other web-based threats.

Chrome 83 brings a new look for how web form elements look inside Chrome. The new UI was developed by Microsoft engineers after Microsoft moved Edge to the Chromium engine and was initially scheduled to be released with Chrome 81, only to be delayed for Chrome 83 due to the ongoing pandemic. Below is an image of how most web and contact forms will look going forward.

Chrome now supports the Barcode Detection API, a subset of the Shape Detection API which provides the ability to detect and decode barcodes in an image provided to the browser. This will allow Chrome extension developers to create barcode reading apps using technologies built into Chrome directly.

In July 2019, Google removed the classic XSS Auditor tool that worked as a security feature against XSS (cross-site scripting) attacks. At the time, Google engineers said they were planning to add a replacement in the form of a new Trusted Types API. Chrome 83 is the first Chrome version to support this new API, which is said to safeguard sites against classic XSS attacks.

In Chrome 83, Google has added an option in the Chrome settings panel where users can use easily enable support for the DNS-over-HTTPS (DoH) protocol. This option can be found at under Chrome -> Settings -> Privacy and security (chrome://settings/privacy), in the Advanced section, below all settings.

Users who enable the first option will use Chrome's built-in DoH mechanism. This works by taking the user's operating system DNS servers, and looking for a DoH interface. If the DNS server provides a DoH alternative, Chrome will use the DoH interfaceas the default DNS query mechanism. This list of supported servers is available on this page.

If users select the second option, they'll be able to enter a custom DoH resolver, and use that one to anonymize their DNS queries. This second option will overwrite OS-level and organization-level DNS settings. More here.

But we only touched on the major Chrome 83 additions. Users who'd like to learn more about the other features added or removed from the Chrome 83 release can check out the following links for more information.