CIO Strategy: From filling IT skills gaps to cultural barriers and onto legacy technologies, CIOs explain the key challenges they face and their techniques for overcoming the barriers.
Written by Mark Samuels on April 25, 2019 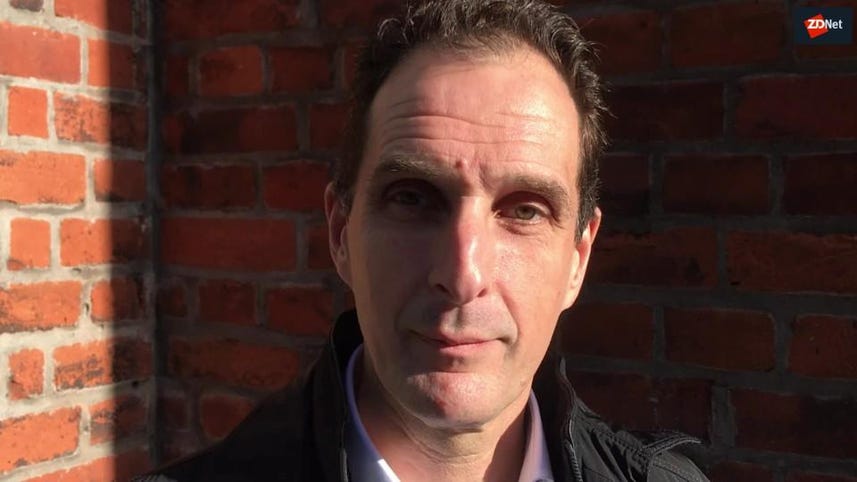 While CIOs have worked hard to assume a key role in the business, there are some strategic areas where IT leadership remains a work in progress. Four CIOs tell us about the biggest technology headaches they face and how they beat the pain.

1. Finding the capability to fill the IT skills gap

Dylan Roberts, CIO at Leeds City Council, says his biggest headache is making sure his organisation has the IT talent it needs. "I really struggle to get decent people and decent skills," he says. "Recruitment and retention is a massive issue for me, so the quality of people we can get access to for a lot of our projects and programmes and the money we have to spend is not as good as it was because of the market."

Yet lack of easy access to capability hasn't stopped Roberts from fulfilling a change agenda in Leeds, where he is using digital transformation to create citizen-focused services. So, how can Roberts continue to get the talent he needs to continue this work? One way to beat his headache, he says, is through joined-up thinking and to create cross-organisation partnerships that help break the reliance on traditional suppliers.

"In the public sector, the biggest barrier is that a lot of incumbent vendors are still centred on maintaining vendor lock in. They give you legacy solutions in a closed market – they have a cash cow, where they know there isn't that much competition and there's hardly any innovation," says Roberts.

"I'd love to re-write local government systems. If someone could get five councils together and re-write the local government IT landscape by getting some decent developers, using modern application development techniques, you could save the public sector millions of pounds."

2. Getting people to ignore the hype and to concentrate on value

Brad Dowden says the biggest headache he faces is not the technology itself but the ability and willingness of people to change. He says the culture challenge remains a key issue for CIOs looking to pursue digital transformation – and that extends to the very top, especially in terms of being able to create a vision that key business stakeholders buy into.

"Technologists will think in a certain way, and they'll be able to see the long-term aim, but they're not always good at selling their idea to board members," says interim CIO Dowden. "These board members hear all the buzzwords about things like cloud and AI and machine learning but they don't really understand how that technology gets implemented in reality."

So, the key to success – says Dowden, who was CIO at recruitment specialist Airswift until late last year – is making sure better quality conversations take place between technology professionals and line-of-business employees. As an interim CIO, Dowden works to ensure everyone understands their role when it comes to exploiting digital transformation.

"Too often, everyone just buys into the concepts of vendors and the business thinks technology is easy. Take the cloud as an example. Moving to the cloud is just the first stage – you then need to have your teams change and evolve towards a business-enablement role," he says.

"Your IT people must work with the rest of the business to ensure cloud services are exploited. You then need business-minded individuals who can work with vendors and stakeholders to derive value from the cloud."

3. Maintaining a balance between retiring and refreshing kit

Richard Gifford, CIO at logistics specialist Wincanton, says his biggest headache is the legacy kit that remains in his business. He says maintaining the balance between retiring older technology, while refreshing technology in a sustainable manner, is a significant challenge.

Gifford gives the example of his firm's legacy warehouse-management technology. He's keen, wherever possible, to run those kinds of systems in the cloud. For the most part, that's possible – however, there are pockets where older versions of warehouse-management software remain in operation and are associated to ongoing contracts.

"Some of those contracts will renew, at which point we'll invest and move the technology platform onwards. Other contracts might not be renewed and that will mean the systems are turned off. But it's difficult to find the right balance in terms of spending on contracts," says Gifford, who says he overcomes some of those concerns by engaging with line-of-business peers.

"We need to make sure we're going to get a return on investment from our spending. Fitting technological change and commercial requirements together is a challenge – it's a jigsaw that needs to be quite skilfully managed. So, we've got to be in tune with the business at all times and working closely with them to do that. That balance requires the careful coordination of a lot of moving parts."

4. Making sure IT resources are focused on the right priorities

Like Gifford, Mark Holt – who is CTO at transport specialist Trainline – also has to deal with legacy kit. Holt's firm has embraced the cloud wherever possible, but his biggest headache is making sure demands to remove legacy technology don't threaten his focus – both in terms of cash and people – on customers experience.

"In a lot of cases, there's not enough of a business case to justify spending money," he says. "It's all about yield – we've got 300 people in tech and we care deeply about what they're spending their time and the company's money on."

Holt says the yield on something like improving customer experience is significant, while the yield on a project for moving from legacy data sources is limited.

"I hate things that make us feel better as an IT department but which do nothing for the customer. If it's secure and stable, and it does the thing that it's supposed to do, then we'll just keep using it," says Holt, who gets his IT team to ask a key question.

"Are we adding value or are we just expending time and effort for limited yield, and ending up in exactly the same place as we were before? You don't want to spend potentially hundreds of thousands of pounds of developer resources in order to save a few thousand pounds a year."