City of Newcastle to trial its first driverless shuttle bus

The trial will be conducted along Newcastle's foreshore.
Written by Campbell Kwan, Journalist on July 9, 2019 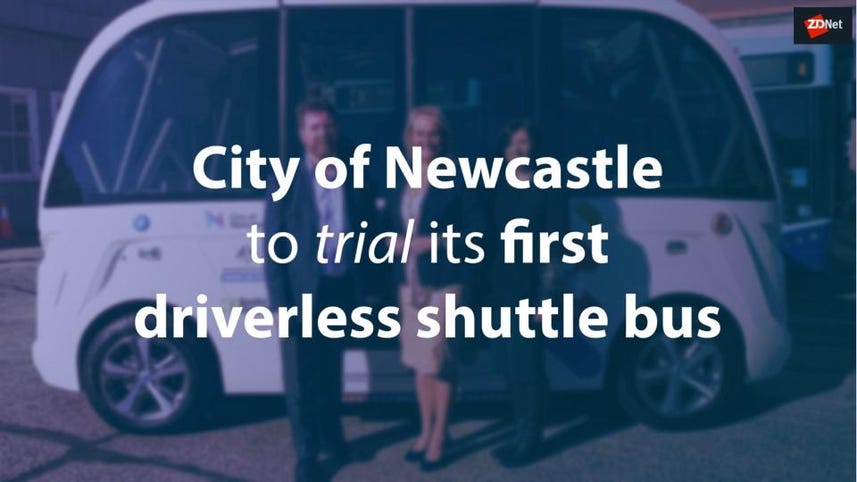 The City of Newcastle has unveiled its first driverless shuttle bus which will undergo a trial along a circuit around Newcastle.

The trial will last for 12 months and be conducted by the City of Newcastle, Transport for NSW, and transport company Keolis Downer.

The go-round circuit will run along Newcastle's foreshore from Watt Street, along Wharf Road, to Nobbys Beach.

If the trial is successful after a couple of months, the circuit will be expanded so that the driverless shuttle bus can drive through more of Newcastle's beach destinations, the City of Newcastle said.

"We are planning for passengers to be able to take in views of the city's harbour along the proposed 2km loop service, making it very appealing to tourists. A larger circuit will include some of Newcastle's other beachside destinations after a couple of months," City Council Lord Mayor Nuatali Nelmes said.

Prior to putting the shuttle bus onto the 2km circuit, the driverless vehicle will undergo a safety-testing program to prepare it for customer services.

"Over the next month, we will complete a rigorous safety-testing program, on road and off road, to prepare the vehicle for customer services," Wiblin said.

The driverless vehicle has the capacity to seat 11 people. It has in-built computers and sensing systems that are capable of detecting obstacles, anticipating movement, and evaluating risk of collision, according to Keolis Downer New Mobilities manager Sue Wiblin.

"These systems are capable of detecting vehicle movement and are also able [to] determine the travel route, make decisions to slow down, brake and alternate the vehicle's path if required," Wilbin added.

While the driverless shuttle bus will operate autonomously, a chaperone will have the ability to stop the vehicle by overriding its systems if required.

See: Our autonomous future - How driverless cars will be the first robots we learn to trust (cover story PDF)

Governments around Australia are increasingly undertaking trials for driverless vehicles, with the New South Wales government welcoming its first passengers for its Driverless Smart Shuttle at Sydney Olympic Park in September last year.

In Victoria, the state government gave approval for Bosch to test automated driving systems on the state's rural roads in January. Last month, the Victorian government also announced a trial of its connected and automated vehicle technology, with state Minister for Roads Jaala Pulford saying the on-road testing would be underway soon.

The South Australian and Queensland governments have also undertaken trials focused on driverless vehicles within the past year.

Elsewhere in Newcastle, the local government has been building out a standardised smart cities Internet of Things (IoT) enterprise platform in partnership with the National Narrowband Network Company (NNNCo).

"The deal between NNNCo and Newcastle City Council includes an agreement to run thousands of IoT devices through the platform for multiple city use cases," NNNCo said in April.

NNNCo is also working alongside Newcastle's government utility service Hunter Water to trial IoT sensors for its water networks, with NNNCo to provide sensors that assist in detecting leaks and predicting water main bursts before they occur. The trial will test a range of sensors that monitor water pressure and flow in parts of the Hunter Water network in the Lake Macquarie area.

The driverless vehicle is being running along an eight stop loop around an IRT retirement village.

The Office of Future Transport Technologies will also take a leadership role across state and territory initiatives.