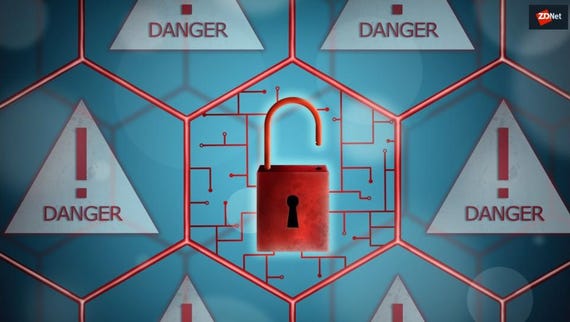 An open letter has been published with the backing of 36 civil rights groups which urges US lawmakers to tackle partnerships between Ring and law enforcement to protect civil rights and liberties.

In August, the Washington Post reported that over 400 partnerships between the smart video doorbell maker Ring and local law enforcement branches across the United States exist, potentially granting them access to homeowner camera footage.

Deals between the company and law enforcement exist in Florida, California, and Texas, among other states.

According to the publication, police forces are allowed to request footage, although there are no current mechanisms for access to live video feeds. Homeowners are also able to refuse to hand over video content.

See also: How to get your Mac ready for MacOS 10.15 Catalina

The partnerships have been touted as an expanded form of a neighborhood watch that can benefit our general safety, but critics have voiced concern that a close relationship with law enforcement could encourage the surveillance state further and impede civil rights and liberties.

In response to the report, Fight for the Future published an open letter this week asking local, state, and federal officials to examine these partnerships as they "pose a serious threat to civil rights and liberties, especially for black and brown communities already targeted and surveilled by law enforcement."

A total of 36 civil rights and liberty groups have signed the letter, including Fight for the Future, Media Justice, Color of Change, Oakland Privacy, Nation Digital Inclusion Alliance, Million Hoodies Movement for Justice, The Tor Project, and RootsAction.org.

The open letter not only says that minority groups may be impacted by extended surveillance powers provided by our doorbells, but also that Amazon itself has no "oversight or accountability" in how the footage -- which reportedly does not require a warrant to access -- is stored or used after police requests.

"In the absence of clear civil liberties and rights-protective policies to govern the technologies and the use of their data, once collected, stored footage can be used by law enforcement to conduct facial recognition searches, target protesters exercising their First Amendment rights, teenagers for minor drug possession, or shared with other agencies like ICE or the FBI," the groups claim.

Another protestation is the transformation of "police departments into marketing agencies," in which the civil rights outfits say that law enforcement partnerships also result in the promotion of a private company's products.

The letter further alleges that Amazon's internal corporate policies may expose "private and sensitive footage" to threat actors and, furthermore, the company has demonstrated a lack of transparency when it comes to the potential integration of facial recognition technology into Ring devices.

Amazon has previously denied any link between these forms of technology and Ring.

"Given its significant risks, no surveillance partnerships with Amazon Ring should have been established, or should be established in the future, without substantial community engagement and input and elected official approval," the civil rights groups say. "We call on mayors and city councils to require police departments to cancel any and all existing Amazon Ring partnerships and to pass surveillance oversight ordinances that will deter police departments from entering into such agreements in the future."

TechRepublic: Only 1 in 5 enterprises have DMARC records set up with an enforcement policy

A Ring spokesperson told sister site CNET that a number of claims in the letter are "categorically false" and the company is focused on making neighborhoods safer.

"We work towards this mission in a number of ways, including providing a free tool that can help build stronger relationships between communities and their local law enforcement agencies," the spokesperson added. "We have taken care to design these features in a way that keeps users in control and protects their privacy."