As the latest initiative to promote cloud adoption in Europe goes live, SAP's European chairman has underlined the enterprise software giant's backing for EU-wide rules on data privacy to bolster take-up of the technology.

The Cloud for Europe research project, announced in July, was launched in Berlin on Thursday at a conference attended by European Commission vice president Neelie Kroes.

"We don't need national mini-clouds; we need a European cloud that is trustworthy, secure and ambitious. We aren't there yet. There are many barriers to data flows within Europe. We need to identify them, figure out how you might dismantle them, and look at the costs and benefits," Digital Agenda commissioner Kroes told the conference.

The €10m ($13m) project, which forms part of European plans for a unified cloud strategy, is designed to build trust in on-demand computing by helping the EU government sector procure online products and services.

It's backed by 23 partner organisations in 11 countries and aims to identify obstacles hindering the adoption of cloud services, as well as procuring industry research to find innovative ways to apply the technology. 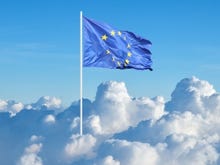 After PRISM, Europe has to move to its own clouds, says Estonia's president

The EU needs to be more self-reliant after the recent revelations about the NSA, according to Toomas Hendrik Ilves - but that shouldn't mean European countries cutting themselves off.

"Unfortunately, everyone has their own view today. The French guys are very much focused on data privacy, the Germans are all about business protection, the UK is more liberal. Like that, it's going to be very difficult to find any consistency in the way [the cloud] is going to be operated," Cohen said.

"Europe should define some rules on how cloud-based systems should be ruled. If we can do that, Europe will accelerate the adoption of the cloud for European companies and for other companies worldwide."

Cohen said the recent controversy over NSA and GCHQ monitoring of network traffic made the need for European-wide rules on data privacy more pressing.

"Politically, there has to be a policy on cloud services in Europe that will guarantee a certain level of data privacy and security in terms of access from third-party countries or whatever that will survey your systems without your approval," he said.

Cohen said the rules are needed as much for the companies running cloud services as for their customers.

"It's like when you want to facilitate the transfer of goods from one country to another. You have to make sure that the railways are well aligned. It's the same thing here. You have to have some rules of the game — how to run a cloud business," he said.

"The interesting thing is that it has become a priority for most of the governments. They realise it's becoming a priority that they have to rule this new environment before it becomes impossible to manage."

Cohen said there could be economic consequences of a failure to regulate data privacy and the cloud industry across Europe.

"Europe can be a safe place, offering the best security possible, so [organisations would be] building a lot of datacentres in Europe because we are protecting data privacy and because Europe, in a unified way, will say, 'Here is a model'," Cohen said.

Prism heats up simmering tensions between US and Europe over privacy

European politicians ask for details of surveillance programme and assurances about privacy.

"It's a very important point because if we don't do that, obviously the datacentres will migrate to the low-cost labour places, which will mean that a lot of jobs are going to out of Europe and move to China or other places," he said.

"If we want to compete with those guys, we need to offer better services in our datacentres, which has a lot to do with security and data privacy and things like that which Europe can build and can become a leader in this."

Cohen pointed out that SAP co-CEO Jim Hagemann Snabe is on the steering board of the European Cloud Partnership, which the EC created as part of its European Cloud Strategy to bring together industry and government sectors to establish a single market for cloud computing.

In practical terms, Cohen said cloud services firms in Europe needed guidelines, guidance, and certification by the EC to operate in its territories.

"That will mean they have gone through a number of controls when it comes to data privacy, data consistency, when do they operate, who are the operators that have the ability to monitor the system — that kind of thing that should be clearly stated before you sign a cloud-based service contract," he said.