Open-source NoSQL firm Couchbase says a new round of investment worth $60m will help fund further work on its mobile software and the creation of a worldwide technical support channel.

The series E round, participated in by all the document-oriented database firm's existing backers but led by new investors WestSummit and Accel Growth Fund, takes Couchbase's total funding to $115m.

Couchbase described the investment as evidence of the growth of the global big-data market, which it said divides into two parts: operational data management, largely led by NoSQL vendors, and analytical data processing, led by Hadoop.

Couchbase Lite, which the company calls the first and only native NoSQL JSON database for mobile, entered beta last September and went to general availability in May.

"People are going to move to using databases on their mobile devices much more heavily, so we're providing a mobile database that allows you to run your applications whether you have an internet connection or not," Couchbase CEO Bob Wiederhold said.

Couchbase Mobile consists of Lite and Couchbase Sync Gateway, which enables the database on a mobile device to be synced with the database in the cloud. 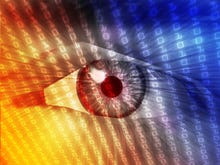 Data science vs the hunch: What happens when the figures contradict your gut instinct? Despite the widespread adoption of analytics and scientific testing by businesses around the world, the management sixth sense continues to flourish.

"We're the only ones to have that capability in the NoSQL world. That's generated huge interest and we already have some customers who have gone into production with that. It's one area where we will be investing very heavily this year and beyond," Wiederhold said.

"We're building out both the partner network, as well as rapidly getting mobile developers to begin using it and start developing applications with it."

Wiederhold said three companies have clearly separated themselves from the rest of the pack in the NoSQL world: MongoDB, DataStax and Couchbase.

"The leaders have clearly emerged and it's going to be harder and harder for any of the other companies to get the kind of financing that's required to keep up with the leaders," he said.

"We've raised $60m now. We'll probably raise more money and this is also another step towards our goal of doing an IPO in the not too distant future and hiring the management team necessary to be a public company."

Wiederhold said the NoSQL market entered its second phase of adoption towards the end of 2012.

"The first phase of adoption was characterised by grassroots developer adoption and that, of course, is oftentimes what happens with open-source technologies," he said.

"In this case developers often went home on the weekend. They heard some things about NoSQL, they downloaded the software, they installed it, they started to play with it, they liked it, they brought it into their companies whether those companies were small companies or enterprises. 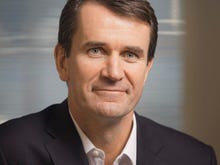 Hadoop big data analytics: Can SQL support bring it to the masses? For businesses that want to run analytics on low-cost Hadoop clusters, fully compliant SQL is now possible natively on the big data platform, according to Actian.

"But during phase one they generally used it on relatively small applications, internally-facing applications — applications that really did not operate at any significant scale. Obviously there were exceptions to that but by and large the first phase of adoption was of that type."

Then about 18 months ago big internet companies and traditional enterprises started to evaluate NoSQL with a view to deploying it with mission-critical and business-critical applications.

"These strategic evaluations were three-month, six-month, sometimes year-long evaluations where they put products through their paces, they scaled them up and down and threw all kinds of workloads at them. Those are the kind of really deep evaluations that very rarely took place during the first phase," Wiederhold said.

"That's why we've really taken off over the past 15 to 18 months because our real differentiation is scalability and performance."

He attributed the Couchbase Server database's performance to what he described as a fundamental advantage gained from consolidation between the caching layer and the persistent database storage layer.

"We're the only ones that really do that. Our caching layer is Memcached, which is the most widely used caching technology that's out there. That's one key reason," Wiederhold said.

He said MongoDB uses memory-mapping to get performance, as opposed to a cache.

"Obviously memory map is something that is controlled by the operating system. The database doesn't even have any control over it. They also have something called coarse-grained locking, which says you end up having to lock the entire database when you do a write," Wiederhold said.

"Those are fundamental choices that have been made in the architecture of the product."

On the scalability issue, Wiederhold said Couchbase only has one node type: "Every node is identical. It's a peer-to-peer architecture, no single points of failure. We use hashing algorithms to distribute data equally across a cluster so that there are no hotspots."