Apple is pulling out all the stops when it comes to selling iPads, and it seems to be positioning the device as a way to move beyond the Mac. And, for the first time, Apple is also targeting PC users.

Could the iPad be the death of the Mac (and the PC)? 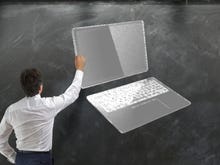 New iPads on deck, but not a business-worthy device in sight

The PC hybrid is currently the only end-user business platform that is equipped to deal with next-generation cloud computing environments in dynamic mobile computing scenarios.

Apple analyst Neil Cybart recently looked at how Apple is now pushing the iPad and came to an interesting conclusion.

"For the first time," writes Cybart, "Apple is also making a concerted effort to reach prospective iPad owners by targeting PC users. On the surface, these efforts seem like a last ditch effort to save iPad, which faces continued sales declines. However, Apple is guided by a different motive. There are signs of Apple pushing the iPad like never before in order to solve its growing Mac dilemma."

Also: Apple iCloud hack threat gets worse: Here's what we've learned | Get your iPhone or iPad ready for iOS 10.3 | Apple tries to save the iPad, but it's too little, too late

So what is Apple's "Mac dilemma?"

Cybart sees this as the two different options that face Apple management in terms of the iPad:

As Cybart points out, this is a tough choice for Apple since the Mac line brings in $23 billion of revenue per year -- $4 billion more than iPad because of the higher average selling price. And there are plenty of companies and individuals that rely on the Mac.

"My suspicion is that Apple is pushing larger screen iPads because management is determined to move beyond the Mac," Cybart believes. "Apple thinks now is the time to raise awareness that the iPad is a legitimate PC alternative for hundreds of millions of consumers."

Over the past 18 months, Apple has been work on tuning the iPad lineup by doing the following:

Cybart is painting quite an optimistic future for the iPad, but it's important to note that nothing that Apple has done over the past year and a half has managed to reverse the decline in iPad sales (it's possible that the changes have helped to slow the decline, but it's hard to judge by how much).

The numbers that we have right now suggest that the iPad's best days are behind it.

But things could change.

The price slash for the iPad is significant, and combined with a refreshed ad campaign, it might be what it takes to make the iPad great again. But this intervention comes late in the iPad's decline. Apple's iPad sales began showing signs of slowing back in late 2012 and early 2013, with the slide getting into full swing in 2014.

Apple is now in a position where it has to try to resurrect a dying product by turning around a steep decline, whereas a few years ago, it would have had the smaller task of reinvigorating soggy sales.

Right now, only time will tell whether the price cut is going to make a significant change -- and it needs to be a long-term change -- or whether it's too little, too late.

How to love your iPad again SEE FULL GALLERY

VIDEO: How to turn on iOS parental controls in 20 seconds 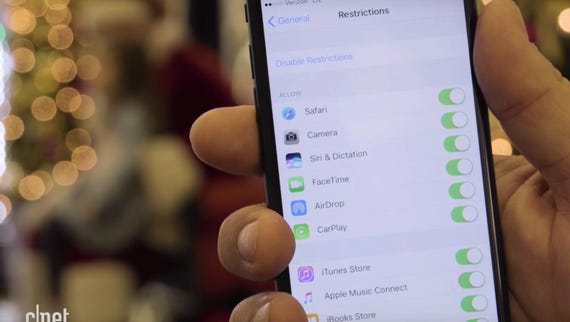 Join Discussion for: Could the iPad be the death of the Mac (and...