Updated: However, Fortnite will remain absent from the App Store, for now.
Written by Charlie Osborne, Contributing Writer on Aug. 25, 2020 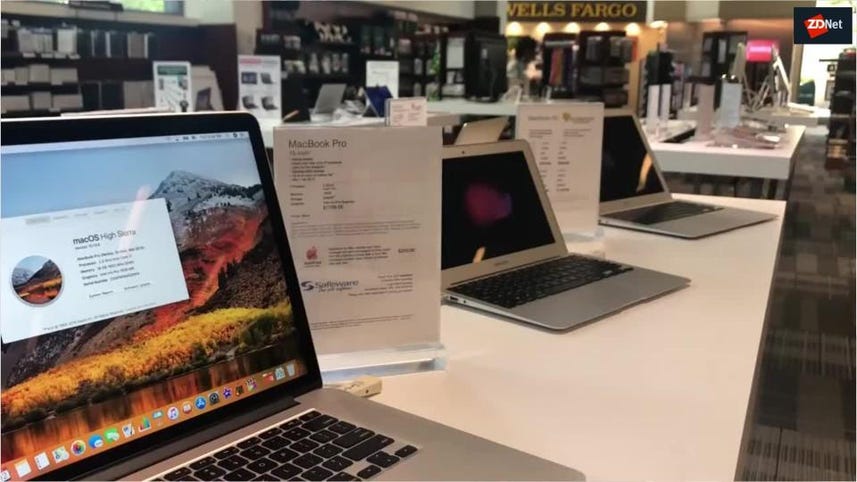 A US court has granted a temporary order to stop Apple from removing Epic's access to developer tools, a victory for users of the Unreal Engine.

Epic's temporary victory will ensure the game developer's Apple Developer Program membership stands, but Apple is not being forced to reinstate the popular game at the heart of the escalating battle, Fortnite.

The row between Apple and Epic surrounds the 30% sales cut Apple requires from many iOS app developers who offer in-app purchases.

Earlier in August, Epic sidelined Apple's commission structure by implementing a new in-app purchase system in Fortnite apps. The change wasn't made quietly, either, with discounts offered to Fortnite users who adopted the new payment system on iOS and Android.

This quickly raised the ire of Apple and Google, and at present, Fortnite has been removed from the App Store and Google Play.

Fornite can no longer receive updates or security fixes as a result. Epic launched lawsuits against both parties in response.

Apple said that the game developer was in "direct violation" of the Apple Developer Program License Agreement, and so the challenge to the sales cut went beyond Fortnite -- Epic was also at risk of losing its membership to the program.

This would result in Epic being unable to access developer tools including SDKs and future, pre-release versions of Apple software. Furthermore, third-party developers making use of Epic's Unreal Engine on Mac and iOS would not be able to continue their work.

Epic filed an injunction to stop Apple from withdrawing the company's access to the program, arguing that Apple's threat to remove its membership within a matter of weeks was a "direct attack" on the Unreal Engine, turning it from a "widely-used tool to a niche product."

On Monday, US District Judge Yvonne Gonzalez Rogers granted the temporary order, as reported by Bloomberg.

This will give Unreal Engine developers and Epic alike some breathing space.

Epic's overall injunction, still, may not be granted. The next hearing is set for September 28.

According to the publication, Rogers said Apple had acted "severely" in regards to the engine, and while the two companies brawl, "havoc" should not be created "for bystanders."

Microsoft, too, has now thrown itself into the battle by backing Epic. In a statement (.PDF), Kevin Gammill, GM of Gaming Developer Experiences for Microsoft, said that the Unreal Engine "is critical technology for numerous game creators including Microsoft," of which the Redmond giant has a multi-year license agreement for the engine.

"Denying Epic access to Apple's SDK and other development tools will prevent Epic from supporting Unreal Engine on iOS and macOS, and will place Unreal Engine and those game creators that have built, are building, and may build games on it at a substantial disadvantage," Gammill added.

TechRepublic: College students: 4 tips for choosing a computer to buy

Earlier this week, Apple backed down on a plan to stop updates reaching the WordPress iOS app until WordPress enabled in-app purchases.

The free software promoted paid subscriptions but did not offer them as in-app purchases, and it appeared that the iPad and iPhone maker was applying pressure to force WordPress to start doing so in order to secure a commission. However, Apple has now apologized to WordPress over the dispute and has withdrawn these plans.

"We thank the court for recognizing that Epic's problem is entirely self-inflicted and is in their power to resolve. Our very first priority is making sure App Store users have a great experience in a safe and trusted environment, including iPhone users who play Fortnite and who are looking forward to the game's next season. We agree with Judge Rogers that 'the sensible way to proceed' is for Epic to comply with the App Store guidelines and continue to operate while the case proceeds. If Epic takes the steps the judge has recommended, we will gladly welcome Fortnite back onto iOS. We look forward to making our case to the court in September."