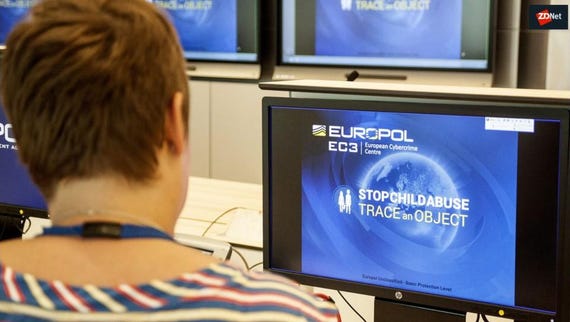 In a year filled with elections, Europe gears up for massive cross-country cyberattacks
Watch Now

Europe is gearing up to deal with the impact of large-scale international cyberattacks.

"The possibility of a large-scale cyber-attack having serious repercussions in the physical world and crippling an entire sector or society, is no longer unthinkable," warned Europol, the European Union's (EU) law enforcement agency, which focuses on terrorism, cybercrime and serious and organised crime.

Europol pointed to WannaCry and NotPetya ransomware attacks as examples of incidents that showed the existing ways of tackling major cyberattacks were insufficient.

Both attacks caused chaos by locking PCs across Europe and elsewhere. WannaCry was blamed on North Korea and was possibly part of a money-making scheme; NotPetya was blamed on Russia and was mostly likely designed as an attack on computer systems in Ukraine which got out of control.

To prepare for major cross-border cyberattacks, the EU Law Enforcement Emergency Response Protocol has been adopted by the EU Council – one of the chief decision-making bodies.

The emergency response protocol sets out the roles and responsibilities of key players both within the EU and beyond as well as secure communication channels and contact points for the exchange of critical information.

Europol said only cybersecurity events of a "malicious and suspected criminal nature" fall within the scope of this protocol; it will not cover incidents or crises caused by a natural disaster, human error or system failure.

The agency said to be certain that it was a criminal attack, the electronic evidence that could be found within the IT systems affected by the attack must be preserved, as this is essential for any criminal investigation.

"It is of critical importance that we increase cyber preparedness in order to protect the EU and its citizens from large scale cyberattacks," said Wil van Gemert, deputy executive director of operations at Europol.

While European governments and businesses face a range of threats, it is notable the announcement comes ahead of European elections in May and a number of other votes across Europe this year. As well as large-scale ransomware attacks, Europe is keen to stop any repeat of the election meddling that affected the US Presidential election in 2016

In February, Microsoft warned that it had seen recent hacker activity targeting democratic institutions in Europe, including attacks on election campaigns, but also think tanks and non-profit organizations working on topics related to democracy, electoral integrity, and public policy and that are often in contact with government officials, and said that Russian intelligence was behind the attacks.

Security company FireEye said today it had seen Russian state-backed hacking groups are actively targeting governments, media and political parties across Europe as part of a cyber-espionage campaign. And beyond elections, the US recently warned that both China and Russia had the capability to launch cyberattacks that could disrupt critical national infrastructure.

While moves like this should make it easier for European states to coordinate their response in the face of a massive cyberattack, it does little to tackle the root cause of the vulnerability. Spending on cybersecurity varies massively by European states, and persuading businesses to spend on security to defend against attacks that may never come is hard.

Even getting the basics of cybersecurity, like applying software updates regularly, remains a struggle; WannaCry was able to spread so fast because of a software flaw for which a patch already existed but not enough organisations had updated their systems.

Join Discussion for: Cyberattacks: Europe gets ready to face crippling...