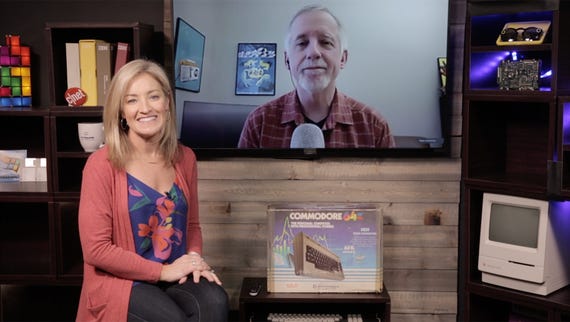 Nervous about Google? Here’s how to replace some of the most popular services
Watch Now

With their plastic keyboards, cartoonish user interfaces, and the ability to function without the need for a data plan, quick messaging phones such as the LG enV and Samsung Epic had a moment as ideal devices for text-happy teens in the days years before Instagram and other apps usurped SMS.

Available in clamshells, sliders and Blackberry-like form factors, these last gasps of feature phone prominence had another role: A distraction-free alternative for those who wanted to escape the barrage of options and notifications that pervade the modern smartphone experience but avoid the torture of keypad-based typing. Alas, many were based on 3G and are set to become paperweights (or strangely featured MP3 players) as the major carriers start reaping 3G spectrum to boost their 5G efforts in the next year or two.

There are many approaches to whittling an iPhone or Android to create as minimalist a smartphone experience or signing up for a voice and text-only plan. But for true devotees of precommitment, these phones' app stores and browsers can't be completely removed without jailbreaking or rooting them. Pandora's Box is as close as the nearest Wi-Fi hotspot. Two recent market efforts, though, can help you avoid the siren's call when you want to retreat from the digital world.

Gabb Wireless markets its two phones (a higher-end Samsung model has joined its original ZTE device) toward parents looking for a way for their kids to keep in touch while avoiding contact with distracting or dangerous apps and humans. They can be thought of as the soul of a feature phone in the body of a smartphone or as artifacts from an alternate reality where the internet never happened. There's no Wi-Fi, no browser, no email, and no app store for digital distribution. Gabb wanted the device to otherwise look and act like a smartphone to reduce any stigma for kids using it (at least until they are asked to check out their friends' latest Instagram post) while avoiding the hassle of managing parental controls via, say, Google Family Link.

The phones have only 13 apps, including ones to support such rudimentary phone tasks as dialing, texting, and taking and reviewing photos. Photos and recordings must be retrieved via a USB connection to a PC. The voice recorder is one of the apps Gabb added after its initial Indiegogo campaign, but it's still surprising that there's no app for typing notes.

The Gabb phones operate only on the Gabb Wireless MVNO. That means you're in for at least $20 per month whereas most carriers allow you to add another phone to your account for $10 per month, and you can go even cheaper with plans from companies such as US Mobile and Lycamobile, which may be particularly attractive for a device used occasionally.

If the Gabb phones are defeatured smartphones, the Light Phone 2 is a smart feature phone, albeit one that comes to the market with a fresh interface that currently lacks much of the functionality of even those 90s workhorses. Marketed as a phone designed to be used as little as possible, the most distinguishing element of the Light 2 is its small footprint and E-Ink display centered within its large bezels. Like the Gabb devices, the Light communication features are essentially limited to voice calls and SMS although the Light phone will work with virtually any carrier.

Beyond that, the Gabb phones may not have many apps, but they include a handful that the Light phone lacks. The "home screen" of the Light device has only three words: Phone (linking to the dealer and SMS client), Alarm, and Settings. Light is planning to add other features such as a calculator and a music player. Gabb could add the latter using existing Android apps whereas Light must develop them for its own operating system. One thoughtful current feature is a personal hotspot, the main use for the device's Wi-Fi support. The device would make a perfect Internet access companion to the e-ink word processors from Freewrite for a complete focused writing experience.

These phones have another benefit. Since you can do so little with them, there's less activity to be tracked via web agents or curious apps. However, Light has considered adding access to ride-share services, a more likely bet now that Lyft has invested in the phone startup.

It would take a particularly committed adult to use either as their only device. Gabb's ZTE handset sells for $99. Its $20 per month entry fee is easier to justify as an investment in a child's connectivity and safety than as a distraction-free secondary phone, but perhaps parents could use it to get away for a few hours when junior is home. Next year, new privacy-focused phone options from companies such as Librem and the soon-to-be-renamed /e/ Foundation may provide even more avenues for making a phone as basic as its users want it to be.

The aspiring "safe" wireless carrier for kids' phones has taken the nuclear option of removing virtually all apps as well as any app store.

Light Phone 2 is coming in October and it does more than let you make calls.