DJI's tiniest drone, the Mavic Mini 2, can now fly up to six miles

The premiere drone maker has added its proprietary wireless network, OcuSync, to its low-cost, ultra-portable drone, so it can fly up to 6 miles.
Written by Tiernan Ray, Contributing Writer on Nov. 5, 2020 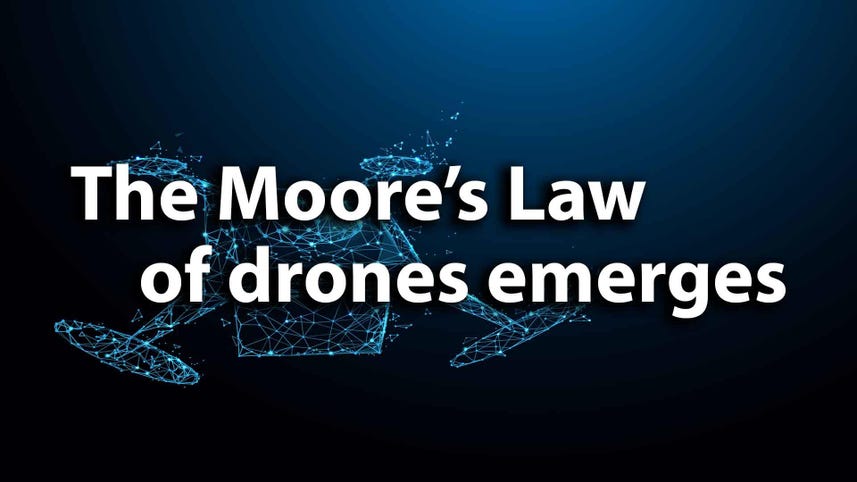 DJI on Wednesday unveiled a revamped version of the Mavic Mini, the Mini 2, its smallest, lightest, most pocketable drone, with enhanced cameras and the ability to travel much farther, up to 6.2 miles versus a maximum range of 2.5 miles before.

To achieve greater range, DJI added to the Mini 2 their proprietary wireless control network, called OcuSync, which communicates over 2.4 to 2.48 gigahertz links. The link can communicate between the handheld controller unit and the drone from up to 10 kilometers away. The original Mini uses standard 5 gigahertz WiFi technology and tops out at 4 kilometers.

OcuSync has anti-interference technology, among capabilities that make it a more reliable communications system.

Bear in mind, in practical terms, one cannot fly six miles in the U.S. The real advantage is to have better control within a limited range.

"Imagine you are in Brooklyn, you are in an area where there are cell towers everywhere, the true testament to the technology is going to be a reliable signal even when you are surrounded by a ton of competing signals," DJI executive Patrick Santucci told ZDNet in a telephone interview.

The Mini 2 boosts the price tag by $50, to $449. The original Mini, introduced a year ago, is still on sale. A combo back with extra batteries and a carrying case, sells for $599.

In addition to comms, the Mini 2 has an upgraded system of motors that make it much quicker to accelerate than the first version. The Mini 2 will ascend by up to five meters per second, and descend by 3.5 meters per second, versus four meters and three meters in the prior version.

The stronger motors mean greater wind resistance: it can withstand winds up to 24 miles per hour.

"Once you get this in the air, you'll notice it's much, much more responsive, and much quicker," said Santucci.

The drone also now supports still photography files in RAW form, versus the single JPEG option of the original model. The camera itself is the same 1/2.3-inch CMOS sensor at 12 megapixels.

There have also been some software enhancements, including the addition of what DJI calls QuickShot, which is a way to automatically create certain canned video movements with the push of a button. For example, what's called Boomerang is an option that will have the Mini 2 fly out to a certain distance and then come back to the controller, to create the effect of zooming out and back in with one single motion.

Physically, the Mini 2 has the same compact form as the original, 5.5 inches long by 3.2 inches wide by 2.2 inches high. The takeoff weight of the drone has been ever-so-slightly slimmed to under 249 grams (0.6 lbs) versus 249 grams before. Folded up, the device easily fits in a jacket pocket.

The Mini 2 is considered a beginner drone. It lacks some of the video options and the flight capabilities of the more expensive models such as the Mavic Air 2. It also doesn't have front-facing sensors, which means it can't do things such as Active Track, the feature where the drone locks onto a person and automatically moves as they do.

However, the Mini 2 does feature the same safety technologies that the company offers on the other models, including geo-fencing, where the drone is automatically prevented from going into sensitive areas such as airports; and a return-to-home hard button on the controller that will force the device to come back to its point of origin.

More specs on the Mini 2, and the original Mini, on the DJI site.

In addition to purchasing direct from DJI's site, you can also order the Mini 2 from Adorama. Adorama also sells the combo pack.

Deals
Pulsar Xlite V2 Mini Wireless review: This mouse made me a believer