Full Bio
Posted in Between the Lines on March 12, 2018 | Topic: Processors 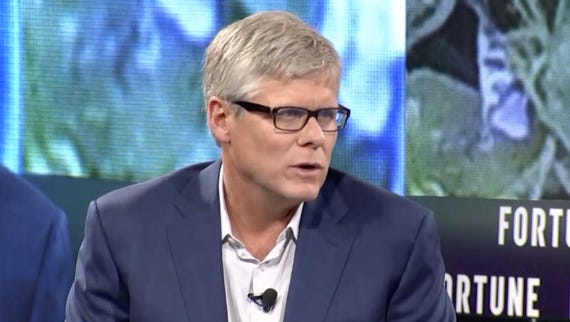 The terrible, horrible, no good, very bad bid. Then Trump ZDNet documents just how complicated this potential acquisition became and what happened once it reached President Trump's ears.

President Donald Trump on Monday issued an order barring Broadcom's proposed takeover of Qualcomm, or any substantially equivalent deal, citing "credible evidence" that the deal "threatens to impair the national security of the United States."

The White House said the President issued the order after reviewing the recommendations of the Committee on Foreign Investment in the US (CFIUS). Last week, CFIUS explained it was investigating the proposed deal because of "risks associated with Broadcom's relationships with third party foreign entities and the national security effects of Broadcom's business intentions with respect to Qualcomm."

The proposed deal could weaken Qualcomm's standing and leave an opening for China to exert more influence over 5G standard setting, CFIUS said. The regulatory panel also intended to investigate whether the deal would limit the supply of Qualcomm products or services to the US government, or whether it would threaten the integrity of those products and services.

Additionally, the order disqualifies all 15 potential candidates that Broadcom filed to stand for election as directors of Qualcomm. "Qualcomm is prohibited from accepting the nomination of or votes for any of the Candidates," the order says.

Prohibiting the $117 billion takeover bid -- which would have been the biggest-ever tech deal -- is an unusual move from the White House. The President said his authority to issue the order came in part from the Defense Production Act of 1950.

Singapore-based Broadcom, since announcing its interest in acquiring Qualcomm in 2017, hit roadblock after roadblock as it pursued a deal.