In case of cyberattack, don't count on Donald Trump knowing what to do

Usually, ignorance is bliss, but not when you're the leader of the free world.
Written by Zack Whittaker on Nov. 9, 2016

We should all be worried about "the cyber".

Donald Trump, serial entrepreneur and alleged billionaire, swept to victory as Republican president-elect in Tuesday's election, securing himself as the next US president in charge of domestic policy and foreign affairs, rebuilding the economy, fixing aging infrastructure, and juggling its massive military.

And -- increasingly importantly -- cybersecurity and cyber-defense.

Despite US authorities being on high alert for a cyberattack on the day of the election, nothing untoward or of significant scale was reported. But it's far from the end of it.

The US has taken a battering in recent years, including state-sponsored hack attacks dating back as far as 2014 on Sony, and more recently, on the Office of Personnel Management, and last month's cyberattack on Dyn, which knocked dozens of high-profile sites off the internet for millions of Americans.

Make no mistake, there will be more attacks, and they're only getting worse.

Forrester Research said in a report Wednesday that Trump will almost certainly face a "cybercrisis" in the first hundred days. It's not just government that needs to brace for it, as private industry has just as much to lose.

But nobody's quite sure how Trump will tackle the burgeoning issue of cyberthreats and attacks. It may well be that Trump's cybercrisis will be that he doesn't know how to handle it.

And that's a problem.

Trump's cybersecurity policies are weak and "dangerously vague". His campaign pledges sound sensible on the face of things, like reviewing cyber defenses and pushing for greater cyber-awareness across government, but during his debate appearances, he was too busy bashing Clinton's private email server use (which she was cleared for -- twice) and talking about how good his 10-year-old son was with computers.

When NBC's Lester Holt asked Trump what he would do to fight cyberattacks, Trump said (among other things):

"So we had to get very, very tough on cyber and cyber warfare. It is a huge problem. I have a son--he's 10 years old. He has computers. He is so good with these computers. It's unbelievable. The security aspect of cyber is very, very tough. And maybe, it's hardly doable. But I will say, we are not doing the job we should be doing. But that's true throughout our whole governmental society. We have so many things that we have to do better. And certainly cyber is one of them."

In other words, he doesn't know what he's talking about. Or, if he does, he hasn't explained how in concrete terms.

There've been leaked emails, politically-motivated hacks, and massive Distributed Denial-of-Service (DDoS) attacks that have crippled major infrastructure for hours at a time -- and, not to mention, cyber-espionage and massive ongoing theft of intellectual property.

And yet, America just voted for a man who hasn't said how he is going to counter the hacks and the espionage. At one point, he actively encouraged nation-state spying. No wonder he's been called a "one-man DDoS attack" on the media for bombarding it with falsehoods and misinformation, so much so that it "just kind of freezes up and falls apart".

Let's hope that he doesn't freeze when crunch time hits. 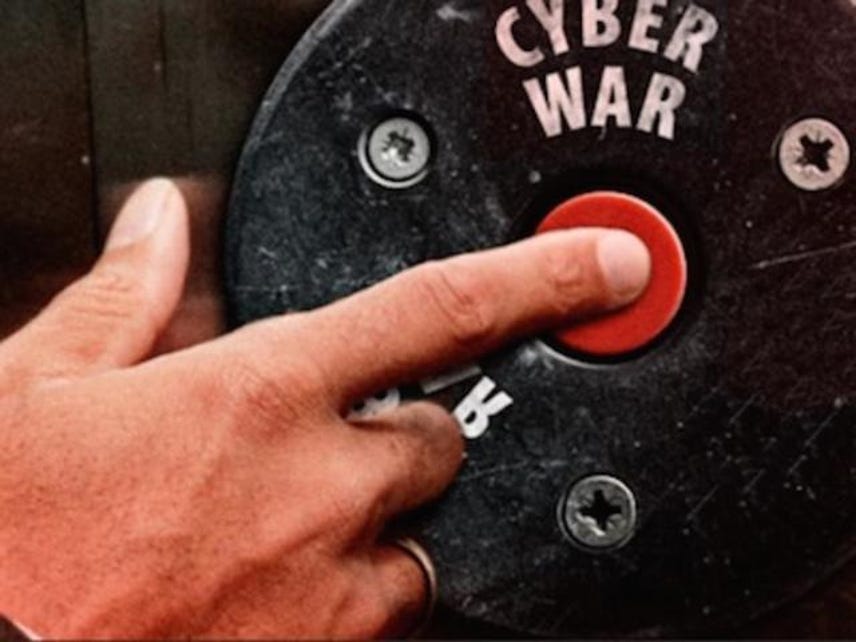