If you, an American citizen who can trace his or her ancestry to the Mayflower, return home from a trip abroad, US border agents can take your phone, tablet, or tablet -- and demand you open its data to them.

The government says this is completely legal. And yet others say it's a violation of the Fourth Amendment, which guarantees your right against unreasonable searches and seizures.

In a letter sent on Monday to Homeland Security chief John Kelly, Wyden said he will propose a new law, which "will guarantee that the Fourth Amendment is respected at the border by requiring law enforcement agencies to obtain before searching devices and prohibiting the practice of forcing travelers to reveal their online account password."

"I am alarmed by recent media reports of Americans being detained by US Customs and Border Protection (CBP) and pressured to give CBP agents access to their smartphone PIN numbers or otherwise provide access to locked mobile devices," Wyden wrote.

The senator argued that CBP can use those passwords to login to accounts and access data "that they would otherwise only be able to get from Internet companies with a warrant," he said.

Wyden, a long-time privacy defender isn't demanding the CBP obtain search warrants just for privacy's sake. He argues that it's a waste of time and resources for CBP agents to check American citizens' electronics and that it interferes with businesses that don't want their secrets revealed to a nosy government.

The senator wants the CBP to reveal on what legal grounds they're grabbing US citizens' device and social network passwords, and how many times the CBP has done this to Americans.

This isn't new with President Trump -- it's been government policy for years.

However, now Trump in charge, Adam Schwartz, a senior staff lawyer at the Electronic Frontier Foundation (EFF), is more concerned that an already bad practice that existed under past presidents "has gotten worse in quantity under the new president."

Case in point: Sidd Bikkannavar, a native-born American citizen who works for NASA's Jet Propulsion Laboratory (JPL), was detained in Houston, Texas after Trump's immigration ban was put into place. Bikkannavar was forced by US Custom agents to turn over his passcode to his government-issued phone.

Just how far can the CBP go? Farther than you probably think.

According to the EFF's most recent border privacy summary, the CBP allows its agents "can inspect electronic devices and data encountered at the border" without a need for individualized suspicion, and the agency "can keep your computer or copies of your data for a 'reasonable' amount of time to be searched on- or off-site."

This isn't the first time lawmakers have tried to protect the privacy of Americans citizens reentering the country, but if Wyden is successful this time, this will be a major step forward in strengthening warrantless searches at the border. 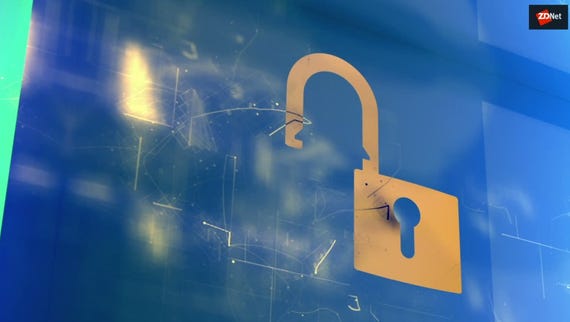 Join Discussion for: Draft law to require warrants for border...