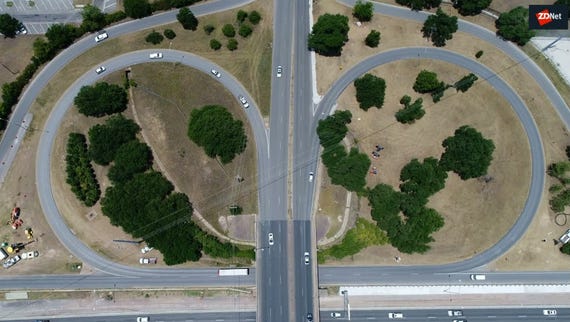 Robots thrive in predictable, organized environments, such as warehouses that are arranged in grids. If drones are going to be able to deliver packages in cities, they'll have to navigate an imperfect and unpredictable environment. That's why a team of researchers at MIT's Computer Science and Artificial Intelligence Laboratory (CSAIL) developed a drone system that embraces uncertainty.

Currently, mobile robots including autonomous vehicles and drones combine several approaches to figure out where they are and how they should get to their destination without hitting anything. GPS is a good way to get a broad overview, but drones will also need sophisticated software to help navigate crowded urban zones.

Must read: Autonomous high flying drones learn to navigate by watching traffic below

A popular method for dynamic mapping is simultaneous localization and mapping (SLAM), which converts data into mapped representations of the world and the robot's relation to it. This is tricky for drones, which move too quickly for computer-vision algorithms to crunch the data. Plus, a gust of wind or a slightly imperfect component can easily make the drone drift enough to throw the whole system out of whack.

"Overly confident maps won't help you if you want drones that can operate at higher speeds in human environments," says graduate student Pete Florence, lead author on a new related paper. In a statement from CSAIL he explains, "An approach that is better aware of uncertainty gets us a much higher level of reliability in terms of being able to fly in close quarters and avoid obstacles."

The system, called NanoMap, models and accounts for uncertainty. As a result, it reduces the crash rates for drones when they inevitably drift slightly off course. The CSAIL team tested their new drone system and confirmed that they were able to prevent drones from crashing nearly every time. When NanoMap wasn't modeling uncertainty and the drones drifted five percent off course, they crashed 28 percent of the time. By adding uncertainty to the equation, the crash rate was reduced to just two percent.

NanoMap uses depth-sensing to measure its surroundings. The key is that it doesn't just make motion plans for its current view, but it also searches a history of everything the drone has already seen to anticipate how to move around hidden fields of view.

This early version of the system focuses on drones, but in the future, it could also be applied to self-driving cars, which will face similar challenges navigating through uncertainty.

GPS-dependent drone delivery is all but impossible in cities, but this solution could help open the skies for Amazon and others.

Don't want your drone fleet to be grounded? Read this article to learn how to register your drones. Yes, it's the law. Again.