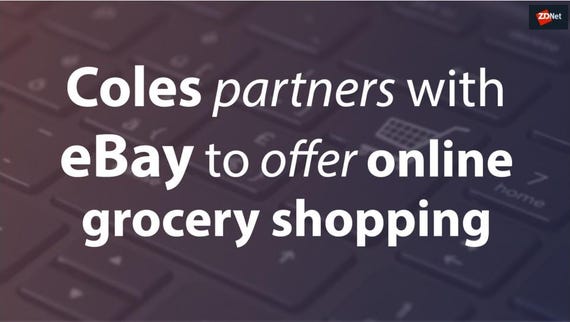 Wall Street was looking for earnings of 63 cents per share on revenue of $2.58 billion.

Despite the relatively solid quarter, eBay said gross merchandise volume was down 4% to $22.6 billion. As usual, the bulk came from its marketplace platforms, which delivered $21.6 billion of GMV and $2.2 billion of revenue. Elsewhere, the company said it grew its active buyer base by 4% across its platforms, for a total of 180 million. eBay said it intermediated nearly $220 million in GMV during Q1 following the multi-year rollout of its managed payments capability.

Meantime, eBay's ticket marketplace subsidiary StubHub delivered revenue of $230 million and its Classifieds platforms revenue came to $256 million, up 4% from the year prior.

In terms of guidance, eBay said it expects Q2 adjusted profit between 61 cents to 63 cents per share, with revenue between $2.64 billion and $2.69 billion. Analysts on average are expecting 60 cents per share on revenue of $2.65 billion.

For the fiscal year, eBay expects net revenue between $10.83 billion and $10.93 billion. Wall Street is expecting around $10.85 billion. eBay's shares were up more than 5% after hours.

"We delivered a solid first quarter with revenue and EPS," said eBay CEO Devin Wenig. "Our initiatives to create a next generation payment and advertising experience are on track, we saw healthy buyer growth and disciplined cost control, and we continue to simplify the buying process while remaining focused on seller's success."