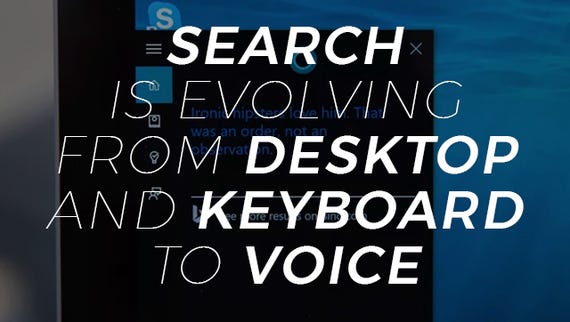 Shares of newly public search technology firm Elastic N.V. are soaring in Friday trading, opening up nearly double from their IPO price and holding onto gains an hour after the open.

Elastic, based in Mountain View, Calif., (though it is officially incorporated in The Netherlands), saw its offering of 7 million shares many times over-subscribed. The price last night, $36, was above an expected offering range of $33 to $35. That range was itself up from an initial expected range of $26 to $29.

Also: Remove yourself from people search sites and erase your online presence

The offering will raise $252 million for the company, based on its selling 7 million shares. Following the deal, Elastic, with nearly 70 million shares outstanding, will be worth roughly $5 billion, at a recent price of $71.69.

The technology is used in a variety of search functions, such as matching up drivers for Uber and Lyft ride-sharing, or matching up people on Tinder's dating application. Cisco Systems uses the software to sift and sort product listings for its e-commerce portal. Sprint uses the technology to manage billions of records daily for its retail store operations, including server, database, and application logs, e-mails, and API calls coming from retail locations.

Also: Microsoft to unify search across Windows 10, Office 365 and Bing with Microsoft Search

The software can be used in multiple public cloud computing environments, installed on-prem, or in a hybrid configuration. More details and customer examples are contained in the company's S-1 prospectus.

Elastic emphasized the speed and scale of its software. For example, here's how the company described its speed:

"Everything stored in Elasticsearch is indexed by default, such that users do not need to decide in advance what queries they will want to run.

Our architecture optimizes throughput, time-to-data availability and query latency. Elasticsearch can easily index millions of events per second, and newly added data can be available for search nearly instantly."

As an example of scale, the company cited searches on Tinder, where "more than 17 billion events and 300 million Elasticsearch queries [are] performed every single day."

Elastic, founded in 2012, is run by Shay Banon, 40, who developed the company's main technology, Elasticsearch. He holds a bachelor's degree in computer science from the Technion, Israel Institute of Technology. Upon closing the deal, Banon is adding the title of chairman to his CEO role.

Although much of the technology is open-sourced, Elastic maintains control over the distribution, and it adds to Elasticsearch a stack of components, including Kibana, a user interface module, as well as Beats and Logstash, a machine data transformation pipeline to move data back and forth between repositories. Rather than sell a support service for a completely open-source product, the way Red Hat does for Linux, Elastic adds proprietary features on top of the free version that require an enterprise license.

"Our sales and marketing efforts start with developers who have already adopted our software," the company said, "and then evolve to departmental decision-makers and senior executives who have broad purchasing power in their organizations."

Also: Google: Your hotel, flight planning just got much easier with mobile search

Elastic argued the mixed approach avoids the pitfalls of other open-source vendors. "Some open-source companies sell only support for software that they make available at no cost," it noted in the prospectus. "We believe this can create misaligned incentives in that the support vendor benefits from low software quality."

"Accordingly, we focus on designing high-quality software products that include proprietary features and are easy to use and reliable."

The team features a cast of experienced software executives, including CFO Janesh Moorjani, who was CFO at Infoblox, a networking software firm that was originally publicly traded and was taken private in September 2016 by private equity shop Vista Equity Partners.

Also: How Etsy is using AI to improve its search function

The head of engineering, Kevin Kluge, was head of products at Citrix Systems. Among non-executive directors of the company is Jonathan Chadwick, who was previously CFO of VMware.

Elastic had revenue of $149.4 million in the 12 months ended in April, it said, up 87 percent from the year prior. It lost $49 million on that revenue, though that was not much more than the $47 million it lost the year prior, showing sales have been able to rise fairly dramatically without a concomitant jump in expenses.

Revenue in the quarter ended this past July was $51.6 million, was up 76 percent from the year-earlier period.

Elastic had an accumulated deficit of $236 million at the end of July.

Slack has said major updates to its search tool makes finding information across the platform faster and more intuitive.

Uber rolls out safety features, like AI that can detect crashes CNET

Tinder U is the dating app's new feature for the collegiate crowd.

Getting knowledge in and out of graphs and databases

Join Discussion for: Elastic, search company for Uber and Tinder,...