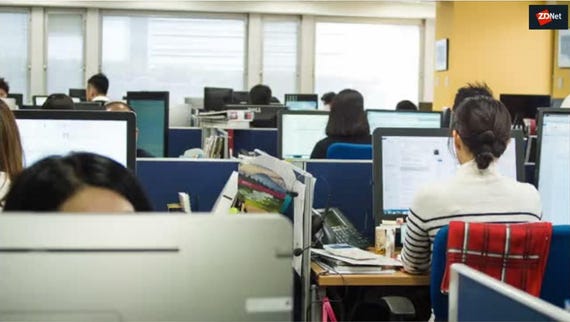 It seems the enterprise is taking a serious interest in how the adoption of artificial intelligence (AI) can provide a return on investment (ROI), as the number of companies implementing these technologies has grown by 270 percent in the past four years.

On Monday, Gartner said that AI adoption has tripled in the last year alone, with an estimated 37 percent of firms now implementing AI in some form.

According to the research agency's 2019 CIO Survey, AI is being used in a variety of applications.

AI in this context does not relate to the development of 'true,' self-aware artificial intelligence. Rather, it can be considered an umbrella term for a range of applications including image recognition, natural language processing, cognitive computing, automatic Big Data analysis, and machine learning (ML), among other technologies.

"If you are a CIO and your organization doesn't use AI, chances are high that your competitors do and this should be a concern," says Chris Howard, research vice president at Gartner. "We still remain far from general AI that can wholly take over complex tasks, but we have now entered the realm of AI-augmented work and decision science -- what we call 'augmented intelligence."

The survey, based on responses from over 3,000 CIOs across a range of industries, suggests that AI will become an integral part of future enterprise strategies no matter the sector.

In total, 52 percent of telecommunications firms, for example, are already deploying chatbots bolstered by AI to improve customer experiences and services.

The survey suggests that 49 percent of enterprises are already changing their business models to integrate and adopt new technological solutions throughout their internal processes and supply chains.

However, AI is far from the answer to every business problem. The industry, still being in its infancy, is suffering what Gartner calls an "AI talent" skill shortage which is unlikely to be resolved until AI technologies mature.

"What we see here is a milestone in the transition to the third era of IT, the digital era," said Andy Rowsell-Jones, vice president and analyst at Gartner. "Initially, CIOs were making a leap from IT-as-a-craft to IT-as-an-industrial-concern. Today, [...] digital initiatives, along with growth, are the top priorities for CIOs in 2019. Digital has become mainstream."

A recent ManpowerGroup report suggests that the fear of 'robots taking our jobs' may be overblown, with 87 percent of organizations planning to increase or maintain employee numbers after the adoption of automaton.

The research found that only eight percent of Global 2000 companies were cutting jobs after integrating robots, AI, or automaton, while the rest said that these technologies are actually creating new job opportunities.

In related news, Facebook announced a partnership with the Technical University of Munich (TUM) last week to create an AI ethics research center. The Institute for Ethics in Artificial Intelligence, made possible through an initial investment of $7.5 million, will "advance the growing field of ethical research on new technology and will explore fundamental issues affecting the use and impact of AI," according to the social media giant.

Join Discussion for: Enterprise adoption of AI has grown 270 percent...