Slated to open in the first half of next year with an initial capacity of 1,300 cabinets and investment of $144 million, the new site will look to tap Singapore's growing demand for cloud services amidst accelerated digital transformation efforts.
Written by Eileen Yu, Senior Contributing Editor on Dec. 1, 2020 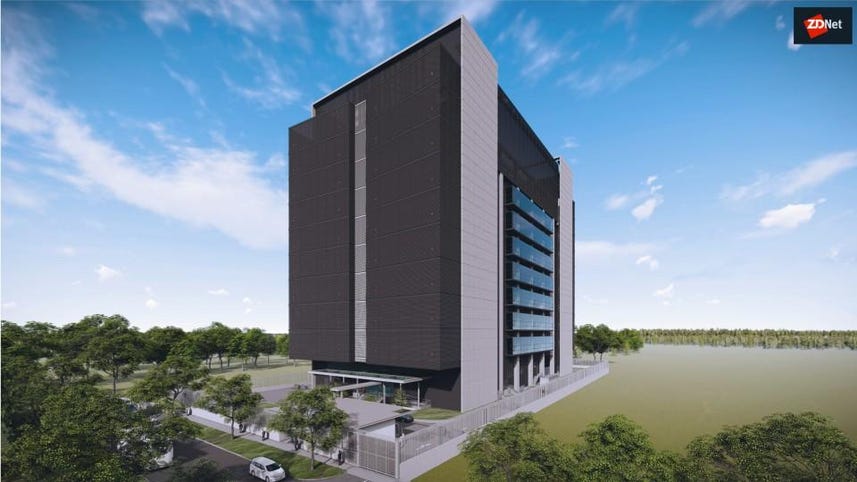 Equinix has unveiled plans for a fifth data centre in Singapore, as it looks to meet increasing demand for cloud services amidst accelerated digital transformation efforts. Slated to launch in the first half of 2021, the new site will boast an initial capacity of 1,300 cabinets and investment of $144 million in the first phase.

The data centre also will offer 18,400 square feet of colocation space and, at full capacity, is targeted to house 5,000 cabinets and a total colocation space of almost 129,000 square feet. To be called SG5, the new nine-storey building will be located in Tanjong Kling, formerly known as Data Centre Park, and will be directly linked to Equinix's four other sites via dark fibre links.

The announcement comes months after the data centre operator opened its fourth local facility earlier this year, with an initial investment of $85.3 million. Equinix runs 46 data centres across Asia-Pacific, including Australia, Japan, China, and South Korea, and plans to open another two in Osaka and Perth. Worldwide, it operates more than 220 data centres.

The new site in Singapore would tap the country's digitalisation efforts, which had been fuelled by the government's smart nation drive, said Equinix's South Asia managing director Leong Yee May, in a post Tuesday. Citing the vendor's market research, she noted that Singapore's interconnection bandwidth was projected to grow at a compound annual growth rate of 51% between 2019 and 2023.

Leong said: "The success of Singapore's digital society hinges on the adoption and development of innovative technologies, such as 5G, artificial intelligence, virtual reality, robotics, the Internet of things, and cybersecurity. Supporting data transmissions between distributed devices and cloud environments is only possible when underpinned by the right foundational digital infrastructure.

"Supporting these innovative technologies further increases the demand for interconnection -- the direct and private traffic exchange between key business partners" she said. "Singapore's smart nation initiatives are driving nationwide adoption of digitalisation, fintech hub acceleration, and sustainability. All of these will lead to greater demand for building direct and secure connections in the future."

She pointed to the government's recent introduction of the SingPass face verification service, which provided four million SingPass users the option to authenticate their identity with the biometric scan on their computers or at kiosks. Citizens use their SingPass account to log into and access 500 digital services provided by more than 180 government agencies as well as commercial entities, such as banks.

She said the city-state in August also introduced some 50 digital hubs to provide one-to-one assistance on digital upskilling and knowledge in the local community.

"With nationwide digitalisation on the way, the city will require real-time analytics and a reliable digital infrastructure to store, process, and analyse data at the edge," Leong said, adding that Equinix aimed to facilitate such processes -- deployed adjacent to public clouds and networks -- to ensure low-latency performance.

Equinix's Asia-Pacific president Jeremy Deutsch said: "As the global economy and the Asia-Pacific region continue to grow, we see a strong demand for digital infrastructure to support business growth. This is especially evident in Singapore, which is proving to be a key hub for digital business in the region.

"Traditional infrastructure is struggling to keep up with this digital demand, leading enterprises to explore hybrid and multicloud options to further their transformation," Deutsch said.

According to Equinix, its local data centres are certified to environmental and energy management standards, including BCA-IMDA Green Mark and GoldPLUS.