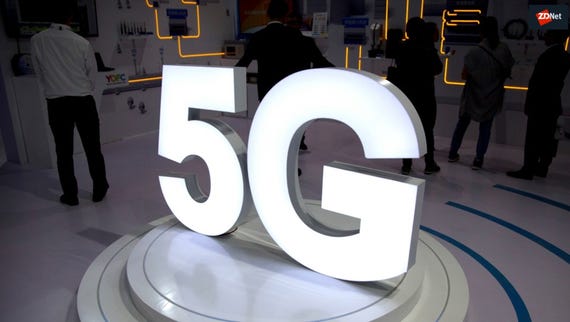 Ericsson and Fujitsu have announced a 5G partnership, with plans to combine their radio access and core network portfolios to deliver 5G mobile network services and solutions across Japan.

"Ericsson and Fujitsu's strength in research and development will ensure the best path for bringing global 5G solutions to Japan, as well as exploring a wider global market," the companies said.

"Our global expertise in 5G combined with our understanding of the local market puts us in an excellent position to support the introduction of 5G in Japan," Ericsson EVP and head of Business Area Networks Fredrik Jejdling added.

"By working closely with operators and partners, we are creating solutions that will bring successful use cases and applications to the market."

Fujitsu and Fujitsu Laboratories, which have been working on 5G trials with NTT DoCoMo since 2014, have also collaborated with the Japanese carrier on evaluating communications speed for distributed antennas deployed at multiple outdoor locations.

Fujitsu's ultra high-density distributed antenna technology "actively controls the shape of cells, which are the range of a signal, in order to improve communication quality for mobile stations through centralised control of base station antennas distributed around a space at high density", it said.

Fujitsu also unveiled its millimetre-wave (mmWave) phase shifter for small cells a year ago, which it said delivers the 10Gbps connections required by 5G while maintaining low power usage.

According to Fujitsu, its phase shifters reduced the number of amps needed by combining switching circuits with differential amps; and using a new mmWave circuit limited the electrical loss of circuits.

Its small cell technology -- which it said it was looking to offer by 2020 -- also makes use of beam-forming, with Fujitsu saying it controls 128 antenna elements.

Earlier this month, Fujitsu also said it is working on developing palm vein and facial data authentication technology, with the integrated biometric identification capabilities pointing to a cashless society.

According to Fujitsu, its Laboratories have developed a simulation algorithm enabling instant facial recognition processing.

"When actual authentication is needed at time of payment, users in the selected group can be quickly identified simply by holding their palms over payment terminals," Fujitsu said.

"In addition, because two forms of biometric data are being used, even if a portion of the vein data is not captured, the data required for authentication can be supplemented with the facial data, increasing the stability of the authentication."

Ericsson, meanwhile, is increasingly investing in 5G R&D, Ericsson CEO Börje Ekholm last week told ZDNet, having hired more than 3,000 engineers globally over the last year and a half in a bid to "strengthen our technology position in and lead in 5G".

Speaking in an interview with ZDNet, Ekholm said the networking giant's new innovation centre in Melbourne is designed to drive technology development for both Ericsson and its partners.

"This, for us, is very important global effort; we're trying to drive innovation internally as well as externally, so this is part of that overall setup," Ekholm said.

Ekholm said Ericsson's 5G partnership with Juniper on a mobile backhaul portfolio is also off to a "reasonably good start", while it also works with Intel to use its chipsets to test 5G interoperability.

Join Discussion for: Ericsson and Fujitsu partner on 5G