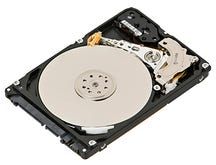 I realized, after speaking with SanDisk, that traditional storage is all but dead technology. What's going to replace it will surprise you.

Spending on storage inched up in 2014's second quarter on the same period last year. But the small rise disguises a fall in the amount firms are spending on external disks.

The real picture for external storage systems is that second-quarter factory revenues worldwide were down 1.4 percent on the same period a year ago to $5.87bn.

Causing a modest 0.3 percent overall rise in revenues between second quarter 2014 and 2013 are strong internal storage sales in the Asia-Pacific region and emerging markets, analyst firm IDC said. Overall spending on storage reached $7.8bn in the second quarter this year.

"The high-end decline was not as striking as last quarter but it was coupled with a drop in midrange sales, suggesting weak demand is spreading to other parts of the market" Sheppard said in a statement.

"Bright spots within the global storage market include growth from entry-level storage and increased sales in EMEA and Latin America."

Among the top five suppliers in the total disk storage market, HP in second place was the only one to gain share from second-quarter sales. It moved from 16.8 percent in 2013 to 17.5 percent, quarter on quarter, with a figure of $1.36bn.

The largest supplier, EMC, lost out. The vendor's share was down to 22.7 percent from 24 percent a year ago, a 5.2 percent decline in revenues that stood at $1.76bn, compared with $1.86bn in the same period last year.

IDC defines a disk storage system as a set of storage elements, including controllers, cables, and, in some instances, host bus adapters, and three or more disks.