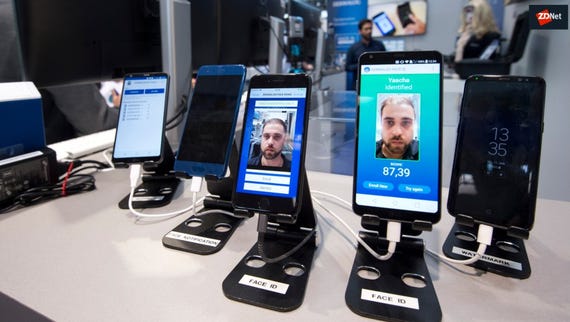 Italy's police have been using a new facial-recognition system for the past few months.

It's based on a database of 16 million mugshots, nine million of which belong to people who have been identified by the police only once, while the other seven million are of individuals who have been stopped repeatedly.

Officially introduced in July last year following an eight-month testing phase, SARI (Automated System for Image Recognition) has already helped in the arrests of shoplifters and burglars across the country. But it's also raised doubts and questions about its legality.

The first question mark surfaced over the number of people included in the database.

As former MP and well-known technology expert Stefano Quintarelli noted on Twitter, a record set of 16 million faces in a population of roughly 50 million adults would correspond to roughly one in three Italians, excluding teenagers, being put on record.

"When did we decide such a listing?" Quintarelli asked rhetorically.

In an official statement, the State police described the new system as a more advanced interface of AFIS, the automated fingerprint identification system that's been in use for many years and which contains not only the fingerprints but also mugshots of suspects.

"If before we could describe the physical appearance of a subject, identified by a picture, only by manually entering the written information into our database, now we can enter the picture itself into the system," forensics department official Fabiola Mancone told national press agency ANSA.

In other words, the new system is simply far more effective and less time-consuming than the previous one, but not really a change of paradigm or a threat to the privacy of citizens.

That was also the thinking of the Italian Data Protection Authority, which in July last year issued an opinion that found SARI to be perfectly compliant with the law.

Still, neither this statement, nor the material released by the police seemed capable of fully explaining the origin of the 16 million-picture database used by the police, because the AFIS fingerprint system alone does not seem to justify that number.

His question focused mainly on asking for more information about how the pictures had been selected, how long they will be stored, who can access them, and whether penetration tests aimed at ensuring the security of the database had been performed.

In another part of the question document, D'Inca relates to the SARI system being available in two versions. The first version is the one currently deployed, based on an existing dataset of images; the second, still to be implemented, will instead analyze the live camera feeds of people attending public events to compare them to a watchlist of persons of interest for the law-enforcement agency.

The process is similar to that trialed in the UK by the Metropolitan Police in central London in December.

Tommaso Scannicchio, lawyer and fellow of the Italian Coalition for Civil Liberties and Rights, stressed how, by making participants at public events feel under surveillance, this real-time system could engender a 'chilling' effect, described by Wikipedia as "the inhibition or discouragement of the legitimate exercise of natural and legal rights by the threat of legal sanction".

Considering the breath-taking speed at which new technologies are implemented, the time to assess the pros and cons of the system before its use becomes widespread might be limited.

"We are not against the SARI itself, which could prove useful. However, these technologies could in theory undermine the privacy and freedom of citizens in ways previously unheard of. It is therefore necessary to carefully monitor their deployment," D'Inca tells ZDNet.

At the time of writing, his parliamentary question has still to be answered.

This live facial recognition system is being tested against Christmas crowds

A central London trial will see shoppers tested against database of offenders. Not everyone is happy about it.

Microsoft wants new laws to put some constraints on the use and development of facial recognition.

Facial recognition's failings: Coping with uncertainty in the age of machine learning Why some machine-learning tech is falling short, and how we need to recalibrate our expectations.

The resolution will be voted on this spring.