Facebook has opened up real-time map data and has also pledged to donate to those fighting the blaze.
Written by Charlie Osborne, Contributor on Jan. 16, 2020 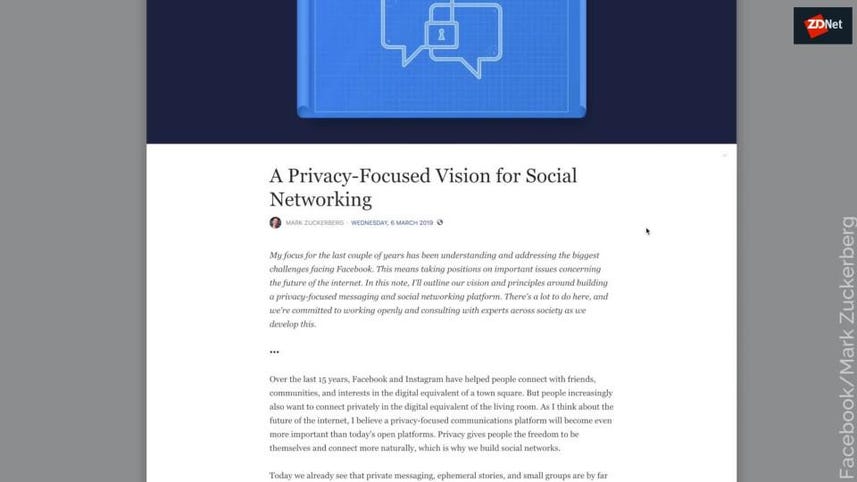 Facebook has explained how real-time map data generated by users is assisting in disaster relief efforts across Australia.

Australia is in the grip of one of the worst environmental disasters in history. The bushfires have consumed over 15 million acres, taken the lives of at least 27 people, and it is estimated that over a billion animals have been killed -- with rescuers racing to save creatures from fire-ravaged areas and airdropping food in the hopes of preventing further loss of life due to starvation.

Up to 50mm of rain has now fallen across areas in New South Wales and Victoria, putting out some of the fires -- but many more still continue to ravage the country. Thunderstorms and lightning, too, have prompted a number of new blazes.

Emergency and fire responders, both professional and voluntary, continue to tackle the fires and assist beleaguered members of the general public.

We are familiar with some of Facebook's disaster mechanisms, such as the ability to mark ourselves as 'safe' during incidents. It is, therefore, interesting to see how information generated by the social network's users is being harnessed by those on the ground in Australia.

Facebook's Disaster Maps are collections of real-time data points generated by users of the network who turn on Location Services and Location History. Within 24 hours of a reported disaster, these maps can be used by responders to help them "act quickly and efficiently to save lives," according to the firm.

Over 100 Data for Good partners have access to these maps, including those involved in humanitarian efforts. Direct Relief, for example, is using the maps to monitor evacuations and intends to distribute over 500,000 respiratory masks to firefighters across Victoria and New South Wales.

CNET: TikTok was downloaded more than Facebook and Messenger in 2019

"Those maps illustrate how populations are evacuating and whether they have access to cellular networks, which are helping response organizations optimize their response efforts," Facebook says.

"Such real-time information helps responders effectively deploy resources to serve the neediest survivors and protect vulnerable populations by painting a more complete picture of where affected people are located," the firm added.

Facebook has also pledged AU$250,000 to the Australian Red Cross for disaster relief and recovery projects. Local non-profits working on the ground in recovery efforts, supported by GlobalGiving, may also benefit as the social media giant will match up to AU$1 million in donations made.

Donations submitted through Facebook's Crisis Response pages for the bushfires across New South Wales and Victoria/South Australia will also be matched up to AU$1 million.

The social media giant's Disaster Maps have previously been used in disaster efforts during Hurricanes Dorian and Barry, the Philippines' Typhoon Tisoy, and the recent Puerto Rico 6.4 magnitude earthquake, which knocked power out across most the territory and forced thousands of people to flee to shelters. The aftershocks are still being felt.