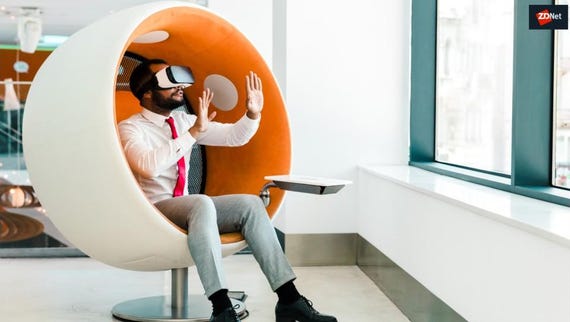 From October, the Facebook-owned company will require its users to log in via the social media platform and merge any existing Oculus accounts with accounts from Facebook. From January 2023, all un-merged Oculus accounts will be shuttered.

"If you're an existing user and choose not to merge your accounts, you can continue using your Oculus account for two years," Oculus wrote in a blog post announcing the mandate.

"If you choose not to merge your accounts at that time, you can continue using your device, but full functionality will require a Facebook account. We will take steps to allow you to keep using content you have purchased, though we expect some games and apps may no longer work."

Oculus said some games and apps may no longer work because they include features that require a Facebook account.

Oculus is touting the mandate as one making it easier to find, connect, and play with friends in VR.

"We know that social VR has so much more to offer, and this change will make it possible to integrate many of the features people know and love on Facebook," the post said. "It will also allow us to introduce more Facebook powered multiplayer and social experiences coming soon in VR."

With the privacy of its users always front of mind for the Zuckerberg empire, users can choose what information about their VR activity is posted to Facebook, Oculus said.

"Using a VR profile that is backed by a Facebook account and authentic identity helps us protect our community and makes it possible to offer additional integrity tools," the post said. "For example, instead of having a separate Oculus Code of Conduct, we will adopt Facebook's Community Standards as well as a new additional VR-focused policy. This will allow us to continue to take the unique considerations of VR into account while offering a more consistent way to report bad behaviour, hold people accountable, and help create a more welcoming environment across our platforms."

Oculus said that when a user logs in using a Facebook account, Facebook will use information related to the use of VR and other Facebook products to "provide and improve your experience". It will also be used to show the user personalised content, including ads.

Facebook this year is ending sales of the Oculus Go, the low-end virtual reality headsets that deliver 3DOF (three degrees of freedom) tracking.

It said it is abandoning the relatively cheap device because users have made it clear "that 6DOF feels like the future of VR", the company said in June.

Oculus was scooped up by Facebook in March 2014, for approximately $2 billion.

At the time of the acquisition, Mark Zuckerberg said that while mobile is the platform of today, his company is getting ready for the platforms of tomorrow.

"Oculus has the chance to create the most social platform ever, and change the way we work, play, and communicate."

MORE FROM THE VR WORLD

Join Discussion for: Facebook forcing Oculus users to have an...