Fake influencer follower fraud to cost companies $1.3B in 2019

Businesses are expected to lose $1.3 billion this year in online ad spending because of fake influencer followers.
Written by Eileen Brown, Contributor on Aug. 6, 2019 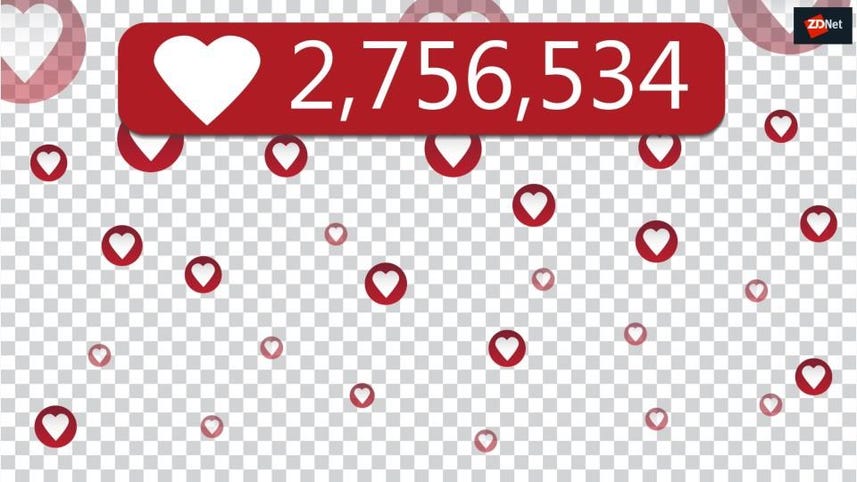 The scale of fraud in the emerging influencer market is far higher than we realize, according to a new report.

Globally, influencer marketing spend is up to $8.5 billion in 2019, and the industry is forecast to hit up to $10 billion in 2020, according to research by Mediakix.

New York-based cybersecurity company CHEQ has worked with the University of Baltimore business school to assess the direct economic costs of fake followers.

Its "Economic cost of bad actors on the Internet" report highlights the true -- and hidden costs of influencer marketing for brands.

Businesses are turning to influencer marketing as a more effective and authentic channel for audience perception.

However, at least 15 percent of an influencer's followers are fake -- defrauding businesses that pay influencers for their followers.

Left unchecked the level of fraud in campaigns is expected to reach $1.5 billion by 2020.

The report finds that the direct global economic costs of fake followers in influencer marketing are conservatively placed at $1.3 billion.

Indirect costs, through erosion of trust and impact on brands, are likely to bring longer-term economic losses.

The study carried out an in-depth economic analysis of the full scale of internet harm.

Using this economic analysis, coupled with statistical and data analysis, it is possible to measure the global economic price paid by businesses and society due to problems including ad fraud, online bullying, and fake news.

Businesses use influencers to educate, build awareness, and drive sales among their target demographic. A focus on numbers of followers for measurement is a way to demonstrate a positive ROI.

Research shows that influencers with more followers are perceived to be more attractive, extraverted, trustworthy, approachable, and possessing other socially desirable characteristics.

Influencers, therefore, need to demonstrate their reach to a large audience -- and some turn to fraud to get extra followers. Click farm clients pay an average of $49 for every 1,000 YouTube followers, $34 for the same number for Facebook, $16 for Instagram, and $15 for Twitter.

Paying influencers in line with the number of followers they have could have serious implications when working with a macro influencer who has up to one million followers. Each post could cost businesses $25,000, with a loss to fraud per post of $3,750.

Even real followers can be problematic when audience inactivity on many networks is considered. Sometimes 30% of some social media accounts have been claimed to be inactive

Professor Roberto Cavazos, Merrick School of Business at the University of Baltimore, said:

"Influencer marketing is an exciting and fast-growing sector, but the amount of fraud and potential for harm in the sector is already highly significant. In any transaction across the economy, efficiency and profits are underpinned by trust.

While many initiatives are being put in place, with a strong recognition of the dangers of a few bad actors, trust must continue to be embedded. Otherwise longer term, we could see a decrease in revenues, falling consumer engagement, or brands choosing not to run campaigns."

Influencer marketing spending is on the rise

Businesses need to spend more on influencer marketing and use more social content, according to new reports.

Influencer marketing campaigns have increased by 172 percent after the introduction of a new AI solution.

Corporate influencers are more important than celebrities for customer connection

Put away your large budget planned for celebrity endorsements and look to your in-house influencers instead.

Instagram is leading the way with influencer sponsored posts with a significant rise over the last year.